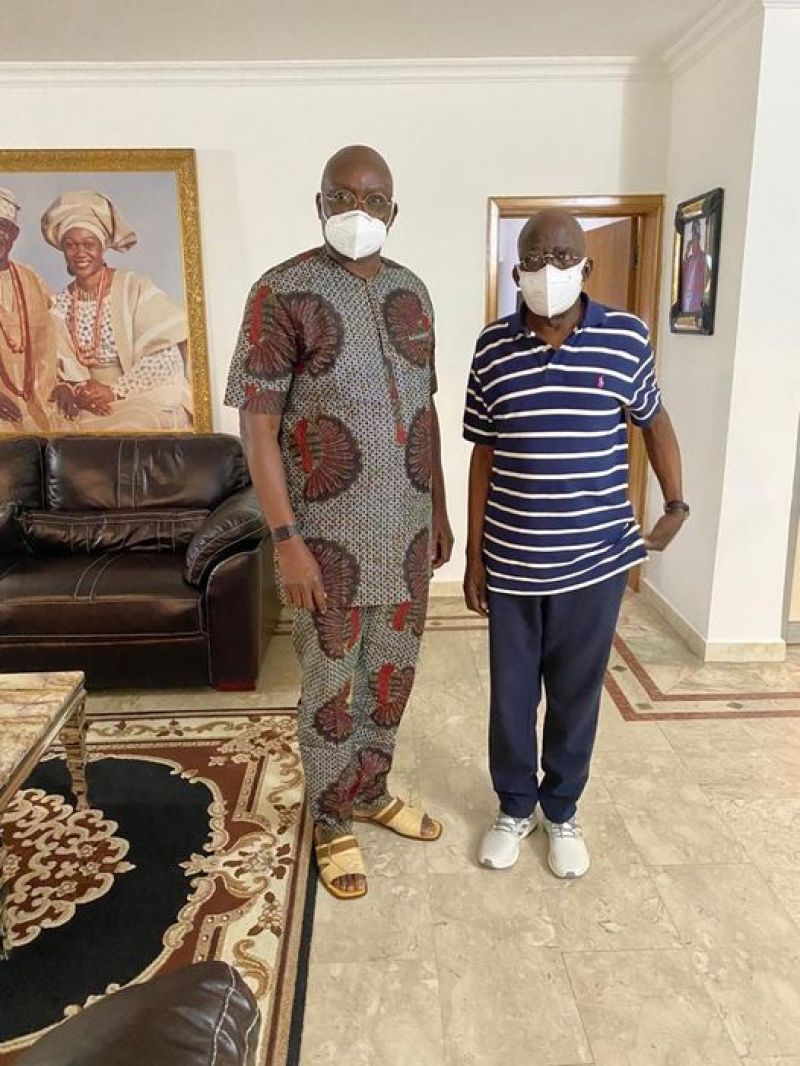 Is Ayodele Fayose, former governor of Ekiti State toeing the line of former Minister of Aviation, Femi Fani-Kayode, his former ally, joining the All Progressives Congress (APC), as the latest entrant?

This was the question in many lips, as the former governor, a major critic of the party and its leadership, stormed the home of the National Leader of the ruling party, Asiwaju Bola Tinubu, on Monday.

However, the former outspoken governor, who had gone quiet from his lacerating criticisms of President Muhammadu Buhari, the party’s alter ego, and the APC in general, was quick to state that he was at the Boudillon Street, home of the Jagaban Borgu, to felicitate with him and to thank God for his return to the country after his medical trip abroad.

Tinubu was recently away in London, to attend to his health, and treat an undisclosed ailment and only returned to the country, last week, whereupon he spoke against the backdrop of speculations from various quarters over the development.

While in London, the former Lagos State Governor, had played host to scores of visitors from Nigeria, who travelled to see him, including Buhari, who also was in London for the same medical purposes at the time.

Fayose,  who spoke on phone, clarified that despite his visit to the former Lagos State governor, he remained a Peoples Democratic Party (PDP) chieftain.

Lere Olayinka, spokesman of the former Ekiti governor, who captured the visit, quoted his boss as saying: “Today, I was at Bourdillon, Ikoyi, Lagos to wish Asiwaju Ahmed Bola Tinubu a quick recovery.

“Health issues know no political party and in this part of the world, we seldom celebrate people when they are alive. Rather, we like to sign condolence registers. To me, that is not the best way to live.

“Most importantly, politics should be about love for each other. Therefore, like other leaders in Nigeria, I wish Asiwaju sound and robust health. And to those negative political analysts, this visit notwithstanding, I remain an unrepentant PDP leader and key stakeholder.”