Obadiah Mailafia may have been killed, death should be probed – HURIWA to CAN, SOKAPU 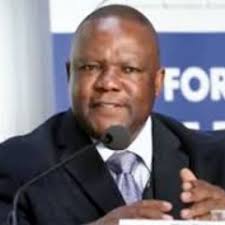 The Human Rights Writers Association of Nigeria, HURIWA, has called for an investigation into the death of Obadiah Mailaifia, former Deputy Governor of the Central Bank of Nigeria, CBN.

HURIWA said Mailafia may have been killed “extralegally,” hence his death should be probed.

The rights group recalled how the former presidential candidate had raised an alarm over threats to life but security agents failed to probe his claim.

HURIWA made the call in a statement by its National Coordinator, Comrade Emmanuel Onwubiko and the National Media Affairs Director Miss Zainab Yusuf.

According to HURIWA: “One year ago, precisely on September 11, 2020 at the height of the incessant harassment by the Department of State Services and the Nigeria Police Force, the former Deputy Governor of the Central Bank of Nigeria and a critic of the current administration Dr Obadiah Mailafiya raised the alarm of death threat as follows: “Please, pray for me. I have reasons to believe that my life is in danger and that some powerful political forces want to silence me forever for speaking the truth. For speaking on behalf of the Holy Martyrs — of thousands of innocent children, women, elderly and youths that have been killed in our beloved country”.

“There are very unassailable reasons to believe that the alarm he raised which was never investigated may be the harbinger of his sudden demise in Abuja on Sunday September 19th 2021, hence the Human Rights Writers Association of Nigeria, which is calling for independent investigation on his death.”

The rights group urged the Christian Association of Nigeria, CAN, the Southern Kaduna Peoples Union, SOKAPU, to jointly hire “top notch forensic investigation teams to independently probe the immediate and remote circumstances of the death of Obadiah Mailaifia so as to ascertain the exact cause of the death of a man who since the past few Years became the voice of truth against the powers- that -be and the champion of the PRINCIPLE OF RULE OF LAW IN NIGERIA.”

HURIWA regretted that Nigeria seems to have become the killer of her best citizens, adding that “persons who speak truth to power in the past six and half years have come under persistent attacks and pressure from forces embedded within the Nigerian Security Forces and the political class in charge of government at all levels to an extent that even the central ruling party – ALL PROGRESSIVES CONGRESS has gone all out to try to sponsor many toxic, obnoxious and unconstitutional bills all aimed at curtailing the enjoyment of the constitutionally guaranteed fundamental human rights recognised in chapter 4 of the Nigerian constitution.”