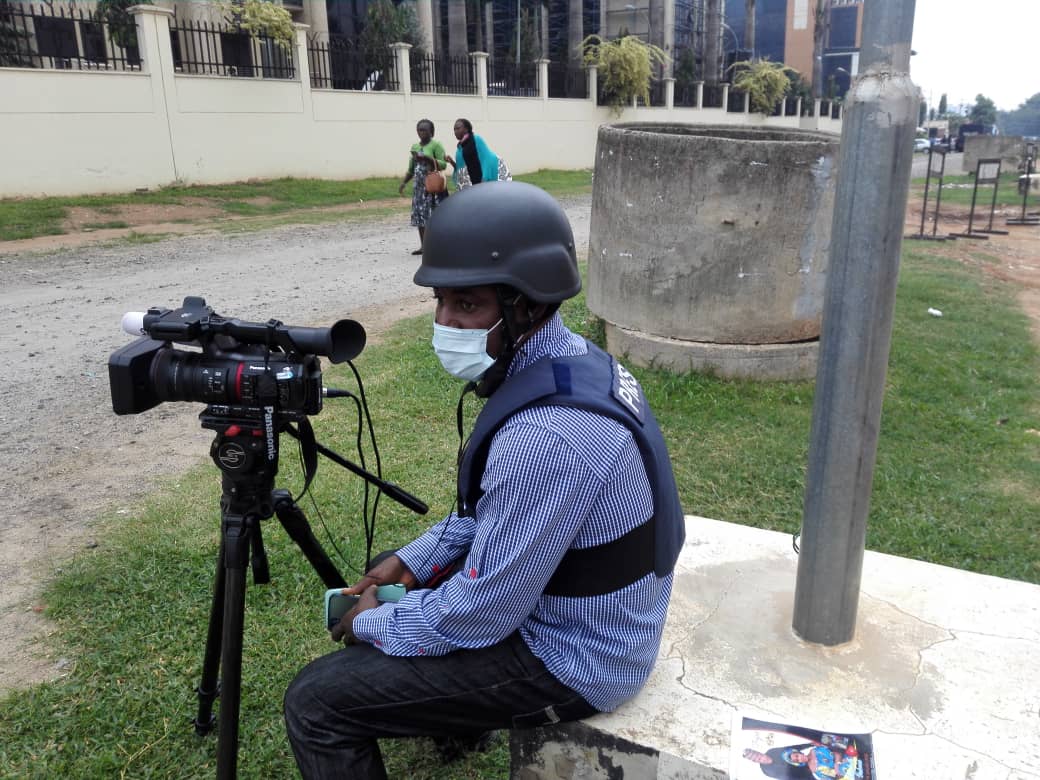 Security operatives on Monday arrested members of the Indigenous People of Biafra (IPOB) as they converged on the federal high court in Abuja for Nnamdi Kanu’s trial.

The IPOB members were chanting slogans in support of Kanu and demanding his freedom.

Some of them were subsequently arrested while others fled.Kanu who was rearrested some weeks ago is being arraigned before Justice Binta Nyako of the Federal High Court in Abuja.

The embattled IPOB leader who was extradited from Kenya few weeks back is facing an eleven count charge bordering on Terrorism, treasonable felony, illegal possession of arms among others. Initially, there were doubts as to whether or not he would be arraigned due to the annual Judges’ vacation which commences on Monday July 26, 2021.

At the resumed trial on Monday however, there was heavy presence of men of the Department of State Security (DSS) and mobile policemen at various junctions and adjoining roads leading to the court premises.

Immediately after the convoy that brought Kanu was sighted, there were efforts by cameramen to get pictures to no avail, as overzealous security men cordoned and escort the convoy into the court premises in a commando-like manner.

Meanwhile, Journalists covering the Judiciary beat got a dose of the moment as they were barred from entering the premises by the DSS operatives.

When the DSS were accosted by a team of stranded Journalists who demanded an explanation, one of the officer claimed they were acting  based on an instruction that only ten media houses have been accredited for the trial.

Several efforts by the newsmen to register their request to be allowed to cover the trial was frustrated by the security agencies and were still stranded as at the time of writing this report.

President General of Ohaneze worldwide, Professor George Obiozor, was on ground in solidarity on Monday at the trial and he was ushered into the courtroom.  But some other groups led by one Peter Bassey were denied entrance.

The group having granted an interview earlier on their mission were also prevented from entering the court premise. Sensing danger, the group started chanting a solidarity song only to be dispersed minutes after by armed security men.

Breaking: Buhari off to London again