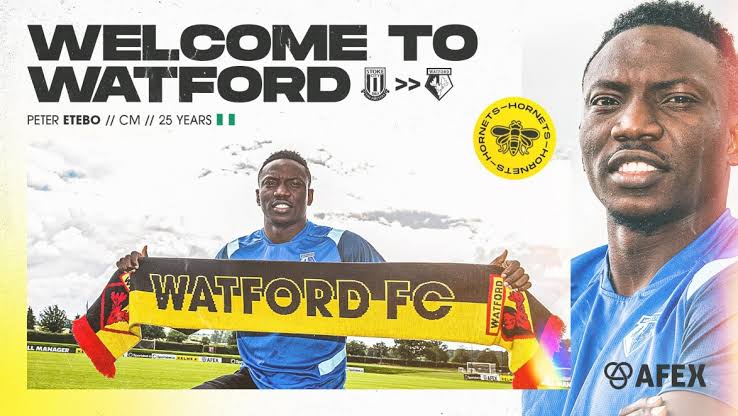 Millions of Nigerian fans are expected to now be cheering Watford to victory in the new Premier League season after Oghenekaro Etebo and Dapo Mabude completed their transfer to the club.

There are now six Nigerian players at ‘The Hornets’ – William Ekong, Isaac Success, Tom Dele-Bashiru and Emmanuel Dennis being the others at the club.

Etebo has signed for Watford on a season-long loan from English Championship side Stoke City with an option to sign permanently thereafter.

Watford also announced the signing of 19-year-old forward Dapo Mebude on a two-year contract with a further two-year option.

The Scotland youth international came through the ranks at Rangers.

He has also played on loan at Scottish Championship side Queen of the South, scoring twice in 11 appearances.