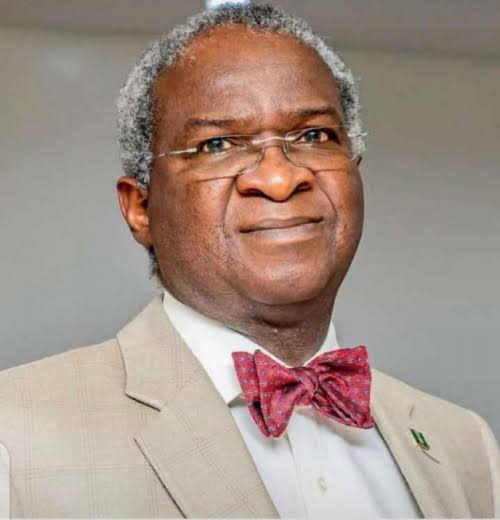 Nigeria’s Minister of Works and Housing, Mr Babatunde Fashola, has urged members of the board to situate their contributions around FG’s policy thrust of providing affordable houses for Nigerians.

Mr. Babatunde  Fashola, SAN,, while inaugurating the Board of Directors of Authority (FHA), said that what the board has brought to the fore was the diversity of its composition.

“It speaks vehemently to the diversity of our country. The six geo-political zones of the country are well represented. It shows that every zone is represented.”

Fashola added that gender equality was also considered in the recommendation for the appointment of the Board members, pointing out that it would bring about more robust policies from the Board for the good of the entire country.

Speaking on the composition of the Board, he said that it was composed of prolific politicians, strong media representatives, strong grassroots mobilizers, legal practitioners and a strong presence of professionals and experts in the real estate industry, who had actually built houses.

“With this composition, it looks to me a very exciting time for the Federal Housing Authority and I hope the Chairman and the members will do their best,” he said.

Speaking on a broader perspective on the Federal Government’s Economic Recovery and Growth Plan (ERGP), Fashola stated that part of it was to use infrastructure as a way of building and expanding Nigeria’s economy, adding that provision of affordable houses was part of it.
“Also some of the things the Plan set out to do is to build a global competitive economy and infrastructure is one of the ways to do so,” he noted.

While appreciating the contributions of the former members of the Board, who had served the nation judiciously for three years, he called on the newly constituted board members to help in restoring the glory and value of Federal Housing Authority old estates like the FESTAC Town and Gwarinpa estates.

The members of the newly inaugurated Board are: Senator Lawal Shuabu as Chairman from Zamfara State, Babaginda Hussaini, the Permanent Secretary of the Federal Ministry of Works and Housing from Jigawa, Modestus Umenzekwe from Anambra, Mumini I. Hanafi from Kwara, Adamu Maina Dadi fromYobe, Engr. Adamu Ismaila from Adamawa and Barrister Zubairu S.N from Nasarawa as members.

Other members include, Chinyere Anokwuru from Abia, Yinka Ogunsulire from Ondo, Veronica N. Shinnaan from Plateau, Aleruchi Cookey-Gam from Rivers and Olajumoke Akinwunmi from Ogun State.
The new members have three years tenure to serve.

He further said that the board was made up of Legal minds, professionals and experts in the housing sector saying that: “The board inaugurated today is a machine that can move Federal Housing Authority in the direction of the Federal Government policy on affordable and decent houses for Nigerians,” he said.

While he thanked the Minister for counting them worthy of recommendation, he commended Mr. President for the prompt approval of the recommendation.

The event was attended by the Honourable Minister of State for Works and Housing, Engr. Abubakar D. Aliyu, FNSE, the Chairman House Committee on Housing and Habitat, Honourable Mustapha Dawaki, the Managing Director/Chief Executive Officer of Federal Housing Authority, Senator Gbenga Ashafa and officials of the Ministry, Federal Housing Authority and Federal Mortgage Bank of Nigeria.