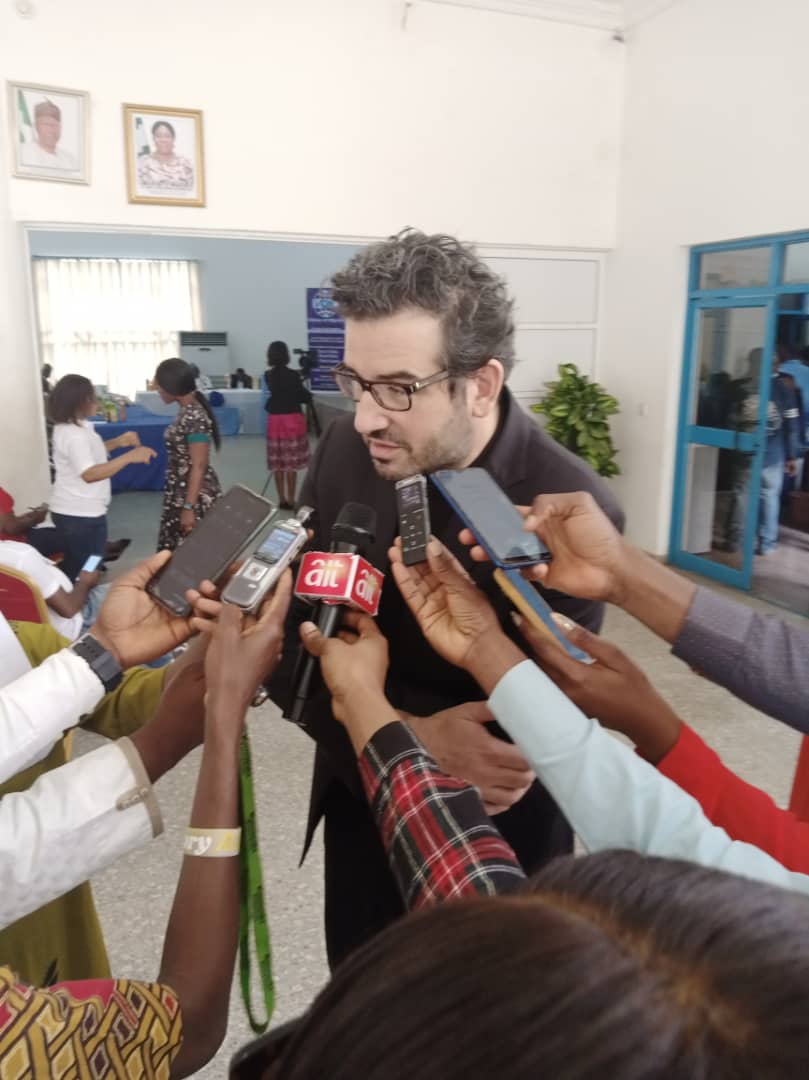 In a bid to promote French language and its culture in Nigeria, France and Voice of Nigeria, VON, have agreed to collaborate in promoting French language through VON Annual French drama Competition for Secondary schools in Nigeria.

The competition is an annual event involving some selected Secondary Schools students all over the country where they showcase their talents in Drama competition and prizes given to the best three schools.

In an opening remark, the Director-General, Voice of Nigeria, Mr. Osita Okechukwu, after welcoming dignitries that graced the occasion, posited That ” Our goal of the drama competition, is to champion and promote French speaking in Nigeria and expand the linguistic frontiers of our students. This is because the world is now a global village; and in line with President Muhammadu Buhari’s proclamation, it is better to harness to the fullest potential of our children”.

According to VON DG, “it is our considered view that catching the children young is a win-win scenario for parents, our there dear nation and the global Franco community. This noble concept, Annual French drama Secondary School Competition was birthed by National Youth Service Corp Member led by Isaac John.

One of the participants, Miss, Olatunji Miracle from Ambassadors College, Ota, Ogun State, in an interview stated that, it is time for her school to show to the world what her school can do as well as showcasing the importance of French language.
According to her, “It is an opportunity to make my school known and to show the world what Ambassadors College can do, to show the world the importance of French and how we have been preparing for it.

Miss Miracle explained that, we always Communicate in French in our French class. My advice to other students is to learn how to speak French because the world is looking for something different, so it will be an added advantage in terms of looking for job opportunities because the employer will prefer to employ one who speaks an international language than one who speaks only English.

Also the Deputy Director of French Institute in Nigeria, Mr. Benoit Billy, revealed that he is happy to see French language being promoted in Nigeria and he looks forward to see Nigeria’s Movie Industry, Nollywood, produce movies in French language.

According to Mr. Billy, “I feel really happy that voice Of Nigeria is promoting the program for many years now and I think it is very important to collaborate to put the event together for teachers and students from different states in order to promote the French language in Nigeria through drama because Drama is very famous and we pray in the future that new talent will be discovered in Nigeria and it is good to promote foreign language, it is always an advantage” he said.

While also speaking, Mr. Issac John, one of the initiators of the event, said in an interview that the programe was used as a hub where Secondary School students across Nigeria can meet and learn and share something common with each other.

According to Mr. John, “this programme is important because it gives chance to students from different states to meet and share things they have in common using French language.

” I also want to thank Voice Of Nigeria for buying into the vision and as well supporting and organizing the programme year after year, I look forward to see in the future where French institute will work closer with Voice Of Nigeria to host the event”, he concluded.
Six Secondary Schools actively participated in the competition with ECWA Secondary School, Doma, Nasarawa State, emerging the overall winner. Second place went to Ambassadors College, Ota, Ogun state, while Anglican College, Kubwa, Abuja, came third. Consolation prizes were given to other Schools for their colourful display.