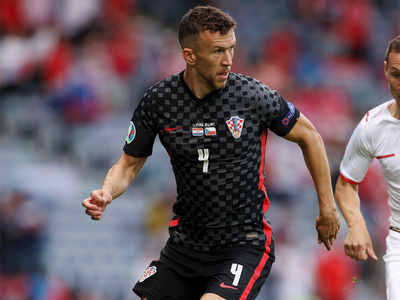 Croatia’s Ivan Perisic has tested positive for Covid-19 and will miss Monday’s Euro 2020 last-16 match against Spain in Copenhagen.

The Inter Milan winger scored in Tuesday’s 3-1 win over Scotland, which secured a place in the knockout stages.

Perisic, 32, will now spend 10 days in self-isolation, the Croatian Football Federation has confirmed.

The winners of Monday’s game will play again in the Euro 2020 quarter-finals in St Petersburg on Friday.

All other Croatia players, staff and members of the delegation tested negative.

Perisic is one of the most experienced players in the Croatia squad, having won his 104th cap against Scotland, putting him joint-sixth on their all-time list, which is led by captain Luka Modric.