We'll continue to collaborate with China for critical infrastructure-Buhari

Governor Umahi: Why Ebonyi will never be part of Biafra 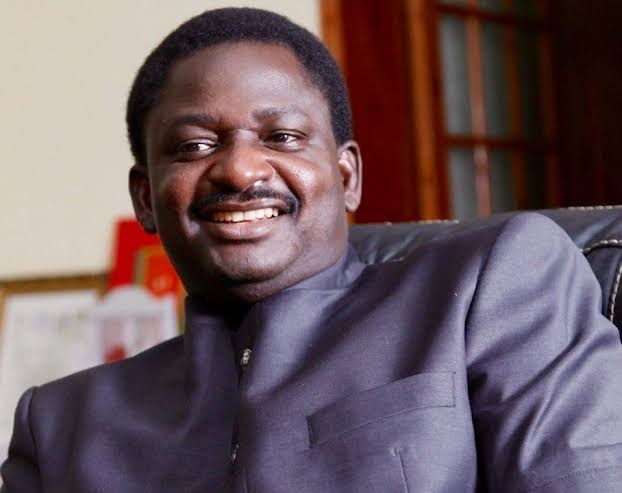 The administration of President Muhammadu Buhari will continue to collaborate with the Chinese government in the area of provision of critical infrastructure in the country.

Speaking Friday in Abuja when he received in audience the Chinese Ambassador to Nigeria His Excellency Cui Jianchun in his office, the Special adviser to the President on Media and Publicity Femi Adesina said:

“Nigeria has a high respect for China and what China is helping Nigeria to achieve particularly in the area of infrastructure. President Buhari came at a time of severe infrastructure deficit in the country and resolved to make a difference and he is making that difference with the assistance of China. Nigeria appreciates China a lot for these and will continue to collaborate with it.”

The Presidential spokesman said the Nigerian President had been to China two times in furtherance of the relationship and looks forward to greater collaboration, assuring the Ambassador that the media office of the President was ready to join hands with the Chinese in advancing the relationship, Abiodun Oladunjoye Deputy Director (Information) revealed in a statement

In his remarks, Ambassador Cui Jianchun who was recently posted to Nigeria said he was at the Villa to solicit for the support of the media office of the President and also to express his gratitude for the strong relations with his country and to seek ways to make it stronger. He expressed his delight at witnessing the flag off of the Lagos to Ibadan rail project and unfolded his 5GIST Nigeria-China ‘Growth, Development Progress (GDP) strategy to take the bilateral relations to higher levels.

Ambassador Jianchun who is the 14th Chinese Ambassador to Nigeria, said the 5-Goal strategy revolved around Political Support; Economic Cooperation; Military Collaboration; International Coordination and People to People Bond among others, built on the existing Belt and Road Initiative of the Chinese government.

He said he looked forward to celebrating 50 years of friendship and bilateral relations between the two countries in October.

Also at the event was the Senior Special Assistant to the President on Media and Publicity, Garba Shehu.