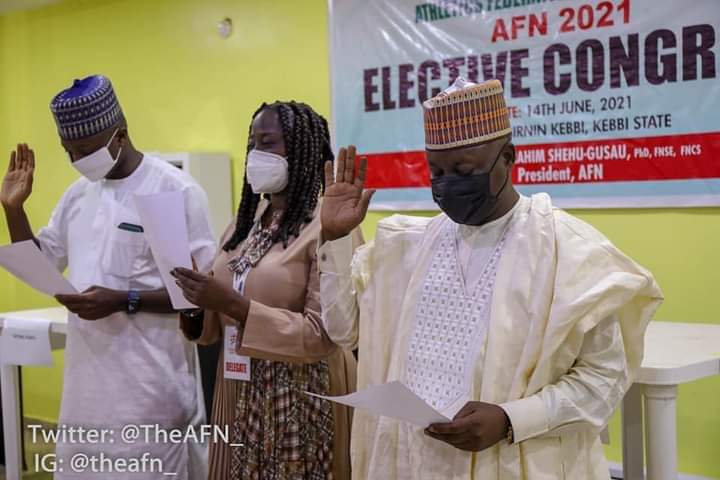 The Athletics Federation of Nigeria (AFN) is again being piloted by two Presidents and their executive members.

This is happening again after same sport federation was initially enmeshed in crises after one election four years ago.

Whille Tonobok Okowa, a Delta state-born administrator emerged after an election in Abuja, Ibrahim Gusau from Zamfara state was declared winner of another election conducted in Kebbi state on Monday.

With 46 delegates in attendance, Okowa who was unopposed had 41 votes to emerge as the president while Fidelis Gadzama and Rosa Collins emerged as the first vice president and second vice president respectively. They were also elected unopposed.

Fidelis Gadzama secured 43 votes to become the first vice president while Rosa Collins had 42 votes, and is the second vice president.

In Kebbi, Gusau was re-elected as AFN President in the election conducted earlier before the Abuja election.