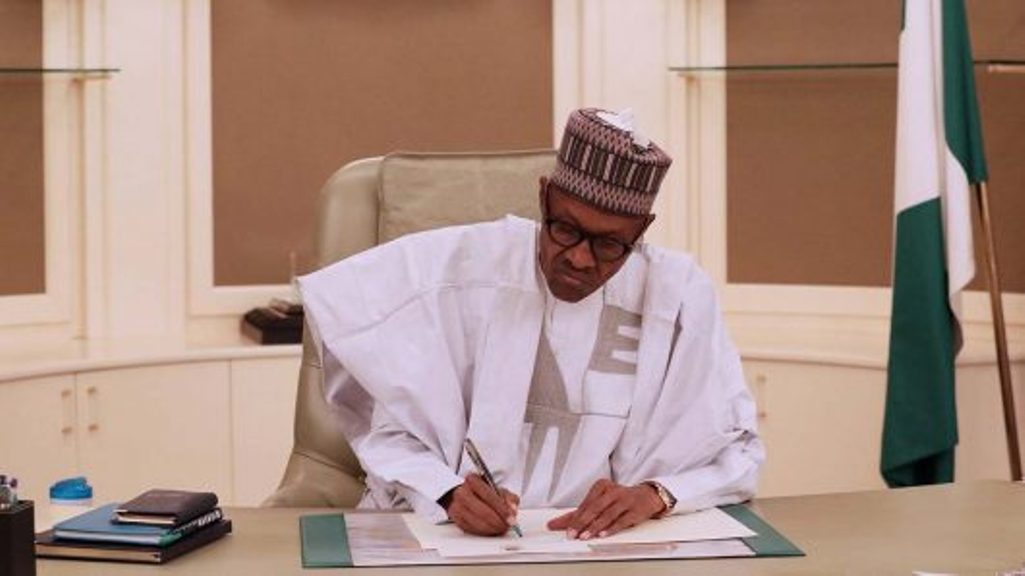 Buhari had issued the threat while reacting to the arson attacks on offices of the Independent National Electoral Commission (INEC) and Nigeria Police Force in parts of the country.

The president had said, “Those of us in the fields for 30 months (during the 1967-1970 Biafra-Nigerian Civil War), who went through the war, will treat them in the language they understand.”

Buhari also tweeted the texts of his speech on his personal twitter account, saying, “We are going to be very hard sooner than later.”

The tweets quickly generated reactions from Nigerians who were infuriated by the president’s choice of words.

Twitter, apparently acting on the anger expressed by Nigerians on the social media platform, deleted part of Buhari’s tweets containing the threat and appended a link beneath the president’s tweets which says “This Tweet violated the Twitter Rules”.

The company explained possible actions it could take on the account if it further violates its rules, which includes “permanent suspension” of the account.

Speaking with State House correspondents at the Presidential Villa, Abuja, Mohammed said Twitter had conveniently ignored inciting tweets by the leader of Indigenous People of Biafra, Nnamdi Kanu, and others.

The minister said the social media giant also displayed the same bias during the #ENDSARS protest during which government and private property were either looted or destroyed.