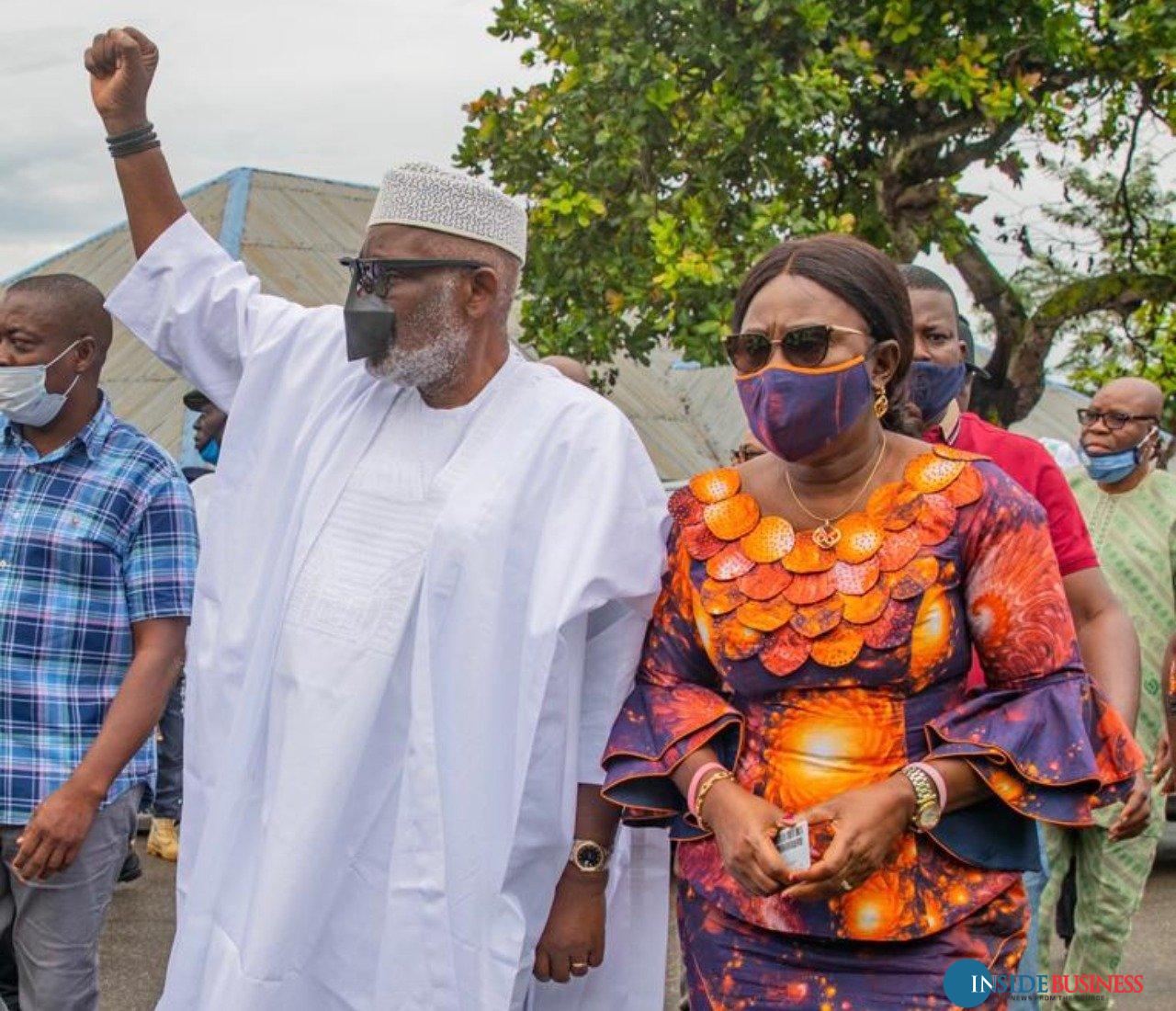 Ondo Governor Oluwarotimi Akeredolu has taken oath for a second term in office.

His running mate, Lucky Aiyedatiwa, took the oath of office for the first time as Deputy Governor.

Aiyedatiwa was accompanied by his wife and three children.

The former Ondo Commissioner in the Niger Delta Development Commission took the oath at about 10:30am.

Governor Akeredolu was accompanied by his wife, Betty, children and grandchildren.

There were also the presence of some governors.

Share
Related Topics:Gov Akeredolu of Ondo stateOndo state
Up Next