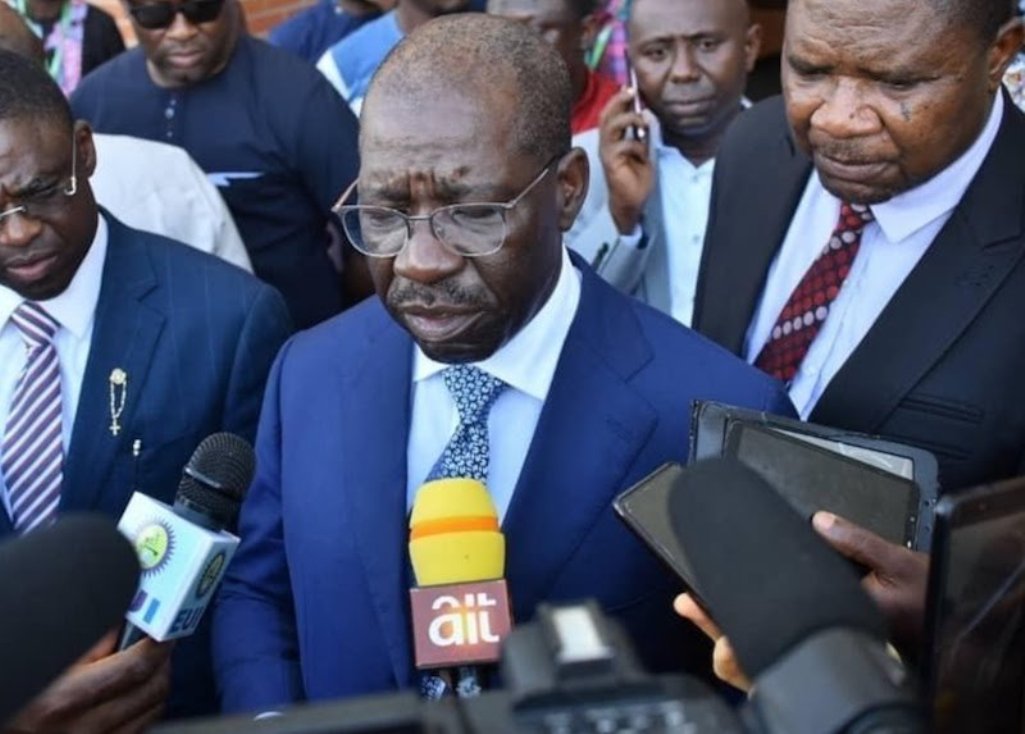 Mohammed dismissed the suit brought by Obaseki’s former party, the All Progressives Congress (APC) on the grounds that they failed to prove allegations of forgery against the governor.

Obaseki hailed the decision of the court as he triumph of truth and rule of law in a statement immediately after the judgment.

According to the judge, the plaintiffs’ reliance on photocopies of Obaseki’s credentials in instituting the forgery case against him was fatal to their case.

He held that non of the witnesses called by the plaintiffs confirmed ever seen Obaseki’s original certificate, nor visited the University of Ibadan or other relevant educational bodies to verify the authenticity of Obaseki’s certificates submitted to the Independent National Electoral Commission (INEC) in aid of his qualification for the September 19 governorship poll in Edo State.

APC and one Edobor Williams had dragged Obaseki to court for allegedly forging his University of Ibadan (UI) degree certificate as well as other certificates he submitted to INEC for the governorship election.

In the suit filed on July 14, 2019, the plaintiffs asked the court to disqualify Obaseki and his party, from the poll in the event that Obaseki was found to have forged his university certificate obtained from UI in 1979.

They further submitted that Obaseki did not meet the minimum requirement for admission for a first degree course at the university in 1976.

In proving their case, the plaintiffs called in a total of six witnesses including two Associate Professors, who tendered their individual certificates obtained from the University of Ibadan in 1978 and 1979 respectively.

But in his defence, Obaseki called three witnesses among whom is the Deputy Registrar, Legal, University of Ibadan, Mr. Abayomi Ajayi, who told the court that the mere fact that some parts of the original of Obaseki’s degree certificate from the UI were missing in the photocopy he attached to his form EC9 and 001 to INEC did not amount to forgery.

Delivering judgment, Mohammed, who held that he who alleged must prove, noted that the plaintiffs failed to lead credible evidence to substantiate their claims that Obaseki submitted forged or false documents to INEC.

He said plaintiffs only relied on photocopies instead of going to the various institution to verify Obaseki’s claim regarding his certificates, adding that Obaseki through his witnesses were able to explain convincingly the discrepancies in the certificates.

He therefore argued that the evidence brought before the court was at variance with the allegations.
Noting that Obaseki on his part called witnesses, who tendered direct evidence in his defence, the judge held that Obaseki’s presentation of his original copies of all his certificates put to rest any claim that he forged his certificates.