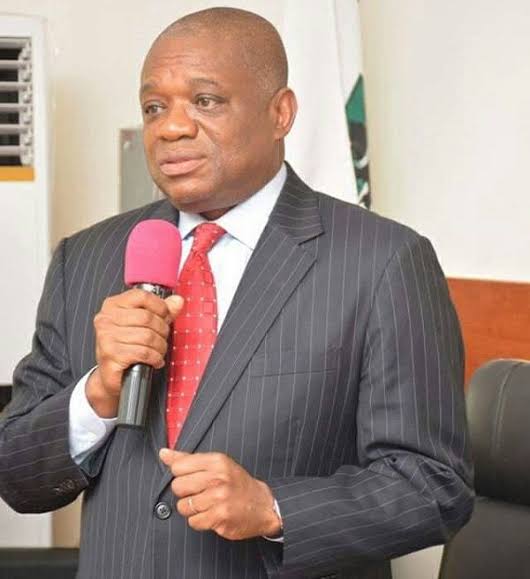 Thousands of the Peoples Democratic Party faithful in Abia on Thursday formally defected to the All Progressives Congress (APC).The defectors, who came from Aba North Local Government Area of the state, were received by the Senate Chief Whip, Sen. Orji Kalu, at his Camp Neya’s country home in Igbere, Bende Local Government Area of the state.Kalu said he received them on behalf of the State Chairman of the party, Chief Donatus Nwankpa, and Chairman of the party’s National Caretaker Committee, Gov. Mai Buni.Speaking at the brief event, Kalu urged them to be of good behaviour and work conscientiously for the party’s victory in 2023.“We are a disciplined party. We are a party that encourages people to pay workers’ salaries, pensions, build roads and take care of society.“We have no other business than taking care of the welfare of our people.“Our business in APC is to think and work toward the welfare of Abia, Imo, Enugu, Ebonyi, Anambra people and Nigerians resident in our state.“Today is a remarkable day and I want to welcome you to this great party, which is for all Nigerians.“We believe that this party will make all of us proud. The party believes in the rule of law.“It believes things should be done well and believes in all Nigerians.“Your defection to APC shows that this party is the best for Abia and Nigeria.“We are growing  stronger and stronger everyday and our growth will be felt in the 2023 general  elections,” he said.Also, the APC  House of Representative’s candidate for Aba North and South in the 2019 poll, Mr Mascot Kalu, commended the defectors for their “bold decision”.He said that the party’s doors were still open for more prospective defectors.Earlier, spokesmen of the defectors, Bunch Adiele and Eze Agege, pledged to be law abiding and deliver Aba to APC in 2023.They appealed to Kalu and the leadership of the party to accept them unconditionally, saying: “We are your sons and daughters residing and doing business in Aba.“We have realised our mistake and lost our political root.“But today, we are here to tell you we are sorry and fully back with you. Forgive us and take us back as your children.“Today, we want to be officially accepted into APC to reunite with the father of politics in Abia.“All the wards in Aba north are all represented here. We are resolute to return Aba North to APC,” they said.According to them, the poor governance index in Abia shows that APC will take over the state in 2023. (NAN)