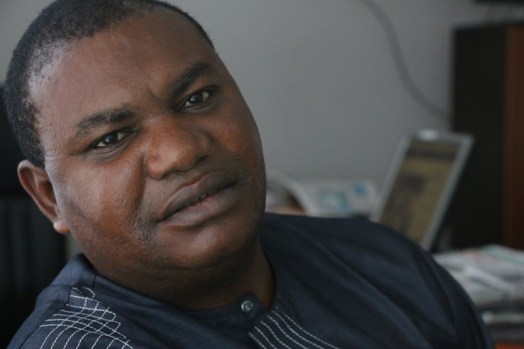 During a debate in 1959 at the threshold of Nigeria’s Independence, the late Tafawa Balewa had to respond to a question about the ominous ethnic division and rivalries that permeated the political space. The man who was to become Nigeria’s first prime minister, like a star-gazer, replied thus: “I’m confident that when we have our own citizenship, our own national flag, our own national anthem, we shall find the flame of national unity will burn bright and strong.” This positive thinking, which could be couched as prophesy, did not materialize, sixty years after Nigeria’s Independence.

As they enthusiastically and rhetorically canvassed for political independence, African nationalists knew they would inherit a fragmented continent, a continent torn apart by tribal, clannish, and monarchical cleavages; cleavages reinforced by Europeans’ mistaken endorsement of the supremacy of some ethnic groups over others in their quest for administrative convenience.

Instead of welding African countries together through cohesive strategies, the colonial lords and missionaries, turning deaf ears to outcries, created political and administrative systems that failed to align with existing worldviews. At the dawn of Independence, this error created dangerous incoherence in the society that the impending leadership all over Africa had become apprehensive.

Ahmed Sekou Toure of Guinea, in 1959, also responded to this apprehension by saying, “in three or four years, no one will remember the tribal, ethnic or religious rivalries, which in the recent past caused so much damage to our country and its population.”

To achieve political and economic prosperity, what was needed at the time was a deliberate effort to blur the lines of division and to eliminate ancient grudges which had been strengthened by colonialists’ divide and rule measures. As a result of the multiple deficits in health, education, social infrastructure, and unity inherited, political leaders of Independent Africa, instead of pursuing socio-economic development, saw access to power as access to the meagre resources at the centre for dispensing to persons from their ethnic and religious groups.

It was for this singular reason that pan-African political movements fizzled out to be replaced by ethnic-based political parties in Nigeria. For instance, the National Council of Nigeria and Cameroon (NCNC), launched in 1944 and had all groups in Nigeria under its umbrellas, was to be fragmented into Action Group in the South-West, Northern Peoples Congress (NPC) in the North, isolating NCNC as an Eastern Nigeria’s political party.

As more elections were conducted, so were the proliferation of political parties with ethnic and tribal colouration. As town unions in major towns and cities sprang up, so were trade, vocations and professions in and outside government captured by ethnic communities.

Instead of growing the civil service to strengthen the polity and boost the economy, political leaders and civil servants scrambled for the commonwealth for themselves and, perhaps, the tribes.

Tribalism and corruption were so intertwined few years after Independence that, in 1966, Major Chukwuemeka Nzeogwu, the leader of the bloody coup, struck a cord when he used it as justification for the putsch. He had said, “Our enemies are the political profiteers, the swindlers, the men in the high and low places that seek bribes and demand 10 per cent; those that seek to keep the country divided permanently so that they can remain in office as ministers and VIPs of waste; the tribalists, the nepotists, those that made the country look big-for-nothing before the international circles; those that have corrupted our society and put the Nigerian political calender back by their words and deeds.”

But for their lopsided assassination of elements in the political elite, which gave them away as soldiers that pursued ethnic agenda, the coupists enjoyed popular support because their argument had substance in the ignoble activities of politicians of the First Republic.

Over the last sixty years, more universities have been built, more hospitals commissioned, more roads constructed, more airports sprang up with more planes flying, more cities have been built, more states created, more cars are now plying those roads, but the quality of life has diminished, infrastructure have decayed, unemployment unacceptably overwhelming, and the initial enthusiasm that greeted Independence has given way to acute frustration and despondency.

With ethnic and religious rivalries entrenched in the system, mutual suspicion and conspiracy theories have prevented Nigeria from achieving unity of purpose necessary to build a strong economy and put in place a social system of equity and justice. The main component of Nigeria’s politics became ‘kinship corporations,’ to borrow a phrase from Martin Meredith whose book, The State of Africa, evaluates the continent’s achievements fifty years after independence.

For political leaders who were supposed to be revolutionaries, what Che Guevara observed in Congo, when he led a failed revolutionary expedition, is applicable in Nigeria’s failed political experiment. Meredith quoted Guevara as saying that the Peoples Liberation Army, commanded by Laurent Kabila, “was untrained, undisciplined, disorganized, riven by tribal rivalry and petty squabbles, and led by incompetent commanders, who preferred the safety and comfort of bars and brothels… to revolutionary action.” Guevara wrote that the basic features of the Liberation Army was that it “was parasite army; it did not work; it did not train; did not fight; and demanded provision and labour from the population, sometimes with extreme harshness.”

Like the failed Peoples Liberation Army of Congo, Nigeria’s elite has continued to make demand of the system, stealing Nigeria’s commonwealth through corrupt systems put in place, living off the people’s sweats and giving little back to the nation.

While infrastructure have continued to decay, individuals who have access to the treasury, their family members, and ethnic associates live in luxury. So, the federal secretariat in Abuja decays, but civil servants who work there own luxurious properties in neighbouring Asokoro and Maitaima, or in Lekki in Lagos State. Government-owned universities degenerate, while privately-owned universities rank high on global scale. Major Nigerian highways are dilapidated, impassable, have become kidnappers’ den and death-traps, but the number of private jets owned by fronts and lackeys of government officials is on the increase. The economy is in recession, the general populace wallow in poverty, but banks owned by government associates declare stupendous profits.

When Nigeria produces a northern president, northerners associated with him become wealthy. Individuals from the South become wealthy when a southerner wins the big prize as Nigeria’s president. In this way, few individuals feed fat on the blood of the majority who grow leaner and poorer after each and every election. No nation achieves its potentials under this system.

Sixty is a strategic age in Nigeria. In the civil service, those who attain this age retire to pave way for the next generation of civil servants to step in and take the service to the next level. It is now time for Nigeria to retire from the system that has failed us. Nigeria cannot step into its potentials unless it builds a bridge with unity of purpose and convert all ethnic and religious groups to it.

Denied of opportunities because they belong to the wrong ethnic and religious groups, thousands of Nigerian youths have turned to crimes in and outside the country. Most Yahoo-Yahoo boys involved in fraud and money laundering are graduates thrown into forlorn hope by unemployment and under-employment.

All hope is not lost; the trend could be reversed. We could learn from Rwanda, which has almost wiped out ancient grudges from its social system by insisting that all citizens are Rwandans, not Tutsi or Hutu. It learnt this lesson the hard way from the infamous Rwanda genocide. In many developed societies, inclusiveness, not segregation and exclusiveness, is the watchword. It is that clear. At Independence, Nigeria claimed to sow unity in freedom, but sixty years after, it is harvesting deadly ethnic and religious divisions. In this dispensation, a genuine system that would give every Nigerian a sense of belonging must be put in place; the peoples must be mobilized to first see themselves as Nigerians before their ethnic or religious affiliations, not the other way round. Perhaps, it is mostly the elite who first need this conversion, because the ordinary Nigerian in the market, at schools, in hospitals, on farms, at social events – those who have no access to the resources being plundered – relate seamlessly with those from other tribes and religious groups.

But the elite stoke the embers of division to achieve their selfish motives. The strategy meant to weld Nigeria’s tribes and religions together – federal character system – has been bastardized. Unfortunately, the division is so loud now that, gradually, peasants are being recruited into this mindset. We need a leadership that can halt this trend before its fire consumes Nigeria. Sixty years after, Tafawa Balewa’s prophecy of a united Nigeria remains unfulfilled.
Dr Abbah wrote this piece from Abuja
@theophilusa
[email protected]