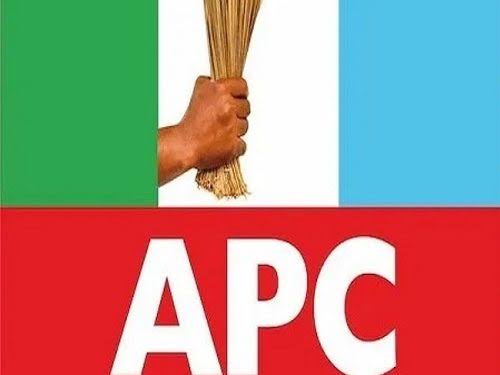 President Muhammadu Buhari said Monday that the All Progressives Congress (APC) lost some states and National Assembly seats during the 2019 elections because of needless intra-party squabbles.

The president said this at the State House in Abuja when he inaugurated the Executive, Legislative and Party Consultative Committee headed by Vice President Yemi Osinbajo.

The APC lost Adamawa, Bauchi, Oyo and Zamfara states ad well as National Assembly and states’ Houses of Assembly seats during the 2019 due to internal party crises.

He said the sad experience of 2019 in some states should never be allowed to happen again.“Our party commands a clear majority in the Senate and the House of Representatives. The Vice President, the Distinguished Senate President, the Right Honourable Speaker and I, all belong to APC and working relationships between the Executive and the Legislature has been excellent so far.

“Our joint responsibility is to keep things that way and see where we can improve our communication and coordination. But we must admit to ourselves that our party has been too often embroiled in bitter, and on occasions, totally unnecessary squabbles, causing us seats in the legislative and gubernatorial elections. We are here to make sure such occurrences never happen again. We must now ensure regular consultations between the party and government.“I am a firm believer in the doctrine of Separation of Powers, which is fundamental to our constitutional democracy, but our practice should be harmonious checks and balances, devoid of bitterness and petty rivalry. As one government, we must further align ourselves and be alive to our electoral promises. We need to nurture our party, which is the platform that will take us and our country forward,” he said.

The president said he has placed great faith in the consultative committee to help improve the party’s governance and achievements to Nigerians.

Also speaking, President of the Senate, Mr Ahmed Lawan, said the consultative forum would enhance good governance. “The legislature, the executive arm of government and of course the party in power, have seen the need to bring everybody on board so that we are able to consult widely before major issues are table before the citizens of this country.

“Specifically, what we intend to achieve is to improve the quality of governance and service delivery to Nigerians. We have promised Nigerians and Nigerians voted for the APC at all the levels, so it is incumbent upon us at all levels and as a party to ensure we meet the expectations and aspirations of Nigerians,” he said.

He said the essence of the committee is to ensure there is consultation on all major issues that requires legislation and policy to ensure the citizens are the beneficiaries at the end of the day. “We have had situations I think were extreme when the legislature and the executive never agreed on anything. We believe they don’t have to agree on everything but they must have that feeling that there is inter-dependence  in their functions and roles and until they realize that there is inter-dependence there will always be problems. “The separation of powers is simply to ensure none becomes a terror. If you have an executive that is not oversighted, you may have a problem in your hands. Even the legislature atimes is checkmated by the judiciary atimes, maybe when a law is passed and the judiciary feels otherwise, they can declare such a law null and void,” he said.He said that a situation where presidential aides disrespect the National Assembly would not be tolerated.

Also speaking, Speaker of the House of Representatives, Mr Femi Gbajabiamila, said the APC government, being the ruling party. cannot continue to speak in discordant tunes.“You cannot be in government and not speak with one voice, that’s discordant tune, and whether it is taking five years or 10 years, there has been a lot of issues, moving forward there will be wrinkles in a democracy, there will be a tug of war here and there, especially when you have opposition and when you are in a constitutional democracy.“We have to ensure that, as a party, we speak with one voice without sacrificing constitutional responsibilities, principles of checks and balances and separation of powers. They can go side-by-side and still operate in a harmonious relationship.

“It does not mean that because you have separation of powers and checks and balances, therefore there must always be discordant tune, no, those two can go hand in hand, you don’t have to sacrifice one on the altar of the other. “Let me give you a very good example, we all look at the United States as a shining light in democratic governance. Today, the Senate of the United States is controlled by the Republicans who are also the ones in the executive, much as they may disagree which they will, hardly will you find the Senate and the Executive speak in discordant tunes in terms of policy, they are on one page.

There may be a different case in the House of Representatives where you have the opposition and that’s how democracy works unless we want to kid ourselves. “For us we have to be clear that moving forward as elections approaches, there is going to be concerted effort for every party to want to position itself. What this is about is that we don’t allow as we approach 2023 to affect government and that is what a responsible government would do,” he said.

Also speaking, caretaker chairman of APC, Mr Mai Buni said the present administration needs a tripartite arrangement for the president to deliver the much-needed change.He said that, going forward, deviant behaviour would no longer be condoned in the party.“As a party. we are very happy with this development, this tripartite arrangement, it’s something that  we have been looking for because the party is in control of both chambers senate and House of Reps  in the National Assembly and the party under the leadership of his excellency, President Muhammadu Buhari is determined to deliver the dividend and work with our manifesto.“There is time for everything, going forward there are certain things we will not condone because we are not running a neutral government and we campaigned based on some  manifesto and we will work on that and like I said there is time for everything and this is the time for this tripartite arrangement and it is in this best interest of Nigerians and the party,” he said.