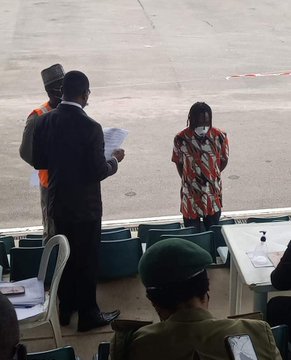 An Abuja mobile court has convicted popular musician Azeez Fashola otherwise known as Naira Marley weeks after being a guest artist at a concert held at Jabi Lake Mall within the Federal Capital Territory (FCT).

Naira Marley was convicted by Magistrate Idayat Akanni after he pleaded guilty to a four-count charge preferred against him by the Federal Capital Territory Administration (FCTA).

He was fined N200, 000 alongside his manager Seyi Awouga.

The concert at the Jabi Lake Mall elicited public outcries with many who attended breaking protocols at the peak of the coronavirus pandemic.