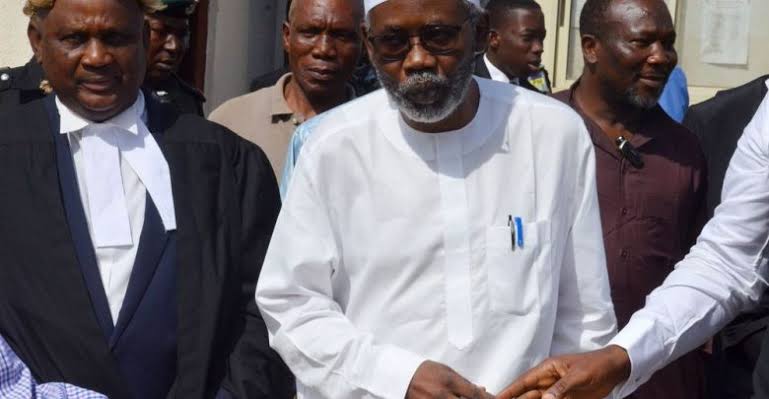 International Criminal Police Organisation (Interpol) has removed the name of a former Attorney-General of the Federation (AGF) and Minister of Justice, Mr. Mohammed Adoke, from the list of wanted persons.

In a letter to his lawyers with reference number CCF/112/R1221.19, dated March 9, 2020, with the subject: “Request concerning Mr. Mohammed Bello Adoke,” the Interpol’s independent authority for the control and protection of personal data stated that Adoke’s name had been expunged after the commission received a request seeking the removal of his name.

The letter stated: “We acknowledge receipt of your correspondence dated February 26, 2020, addressed to the commission for the control of Interpol’s files and received on March 4, 2020.

“Insofar as you have provided the required documents, your request is admissible.

We would like to inform you that the commission carried out the appropriate checks and that as of today, your client is not subject to an INTERPOL notice or diffusion.

“You will find enclosed an official letter from the Interpol general secretariat, certifying the above.”

In the certificate attached, the Interpol said: “The general secretariat of the International Criminal Police Organisation (INTERPOL) hereby certifies that, as of today, Mr. Bello Adoke Mohammed, born on 01 September 1963, is not subject to an Interpol notice or diffusion.”

On November 11, 2019, Interpol arrested Adoke in Dubai, United Arab Emirates (UAE), when he went for his medicals.

The warrant of arrest had been issued against him on April 17, 2019, following a request by the Economic and Financial Crimes Commission (EFCC) over the controversial OPL 245 deal executed by the federal government in 2011.