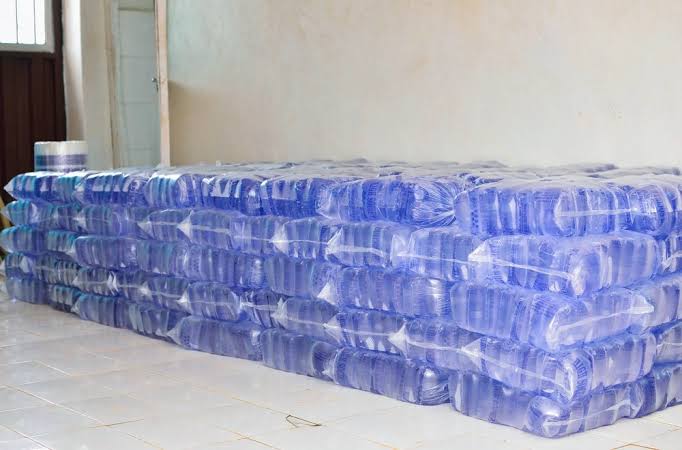 Vendors and consumers of sachet water in Nasarawa State on Tuesday lamented the 100 per cent increase in the price of “Pure Water’’ from N10 to N20.

Those who spoke with the News Agency of Nigeria (NAN) over the issue blamed the development on systemic failure.

Ibrahim Usman, a vendor, told NAN that the price increase was a big blow to his business.

Usman, a father of four, who lost his job as a security guard before vending pure water, said he hardly sold four bags of sachet water because of the attendant low patronage.

Mrs Mercy Solomon, also a vendor said that she had taken a break from the business for the time being.

“I have taken a break because I don’t want to sell at a loss.

“People are complaining, not realising that we now buy a bag of pure water at N200 from factories, up from N100,’’ she said.

Another vendor, Hauwa Idris, called on relevant authorities to do everything possible to reduce the price.

“The present state of affairs in the country is not favourable to anyone.

“Prices of everything have gone up and even out of the reach of the average Nigerian.

“Sachet water which the common man relied on to quench thirst is now out of his reach,’’ she lamented.

Umaru Abdullahi, a father of five, told NAN that he and his family had to resort to drinking borehole water because of the price increase.

He said members of the association had no choice but to increase the price so as to remain in business, noting that it would reverse to the old price when cost of production reduced.

“The sachet water cellophane which we used to buy at N700 per kilogramme at the beginning of the year is now sold at N1,600.

“The price of already packaged cellophane bags also increased; gas price that went up also contributed to the new price,’’ he said.

Alogala appealed to residents to be patient, saying the new price was not a calculated attempt by the association to increase their hardship. (NAN)