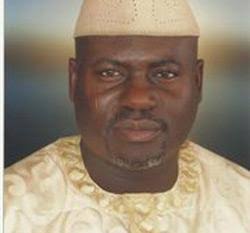 The group in a communique they issued at the end of their emergency meeting held in Jalingo,Tuesday, said parallel congresses were held in the state​ and therefore​ called for harmonization of the list of local government Congress saying failure to do so by the party leadership will not be accepted.

The communique signed by Alhaji Buba Madugu and Sani Abdullah Tullu, chairman and secretary of the forum​ respectively also called for the holding of genuine Congress​ to allow a level playing ground for all the contestants in the interest of justice.​

The group also rejected the alleged plan​ by the party caretaker executive led by Barr. Ibrahim Tukur El-Sudi and some highly placed personalities in Abuja to​ hijack the party structure​ and​ machinery.​

The forum equally rejected what it described as undue interference​ and manipulation by those they considered “prophets of doom ” existing outside the party to cause confusion and truncate the fortune of APC as a formidable party in Taraba state.

“We urge the national secretariat of the party to intervene and ensure a level playing ground, justice, fairness and equity to all members, particularly contestants of various positions in the party” the group said.

The group while supporting​ the decision of the National Secretariat of the party to give waivers to some members but however said it should not be a guarantee to manipulate​ and circumvent laid down procedures and process of enthroning quality, efficient and effective leaders in the party machinery in the state.​

The group also​ stressed the need for the party to address the deficit in the sharing of formular of the three key offices, that is the chairman, secretary and treasurer to be equitably distributed across the three senatorial districts in the state.

The caretaker chairman of APC, in the state, Barrister Ibrahim El_Sudi​ while reacting to the allegation in a telephone interview, said the allegation made by the group was baseless, adding that the party structure was not​ relocated to Abuja.​

” All the executives of the party are on ground in Jalingo and we hold all our activities in the party secretariat in Jalingo and it is only me that travel to Abuja from time to time” he said.