How IPOB's sit-at-home grounded Businesses in Imo, other states 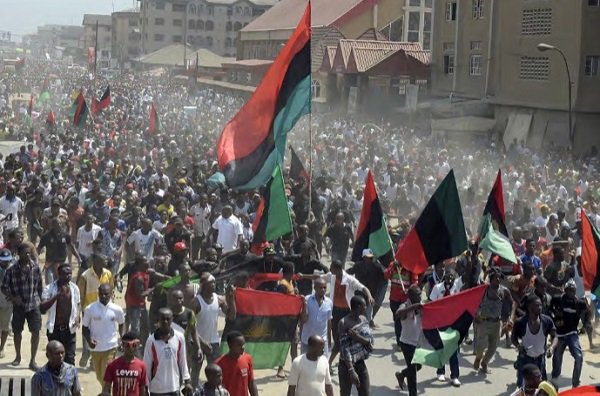 The sit-at-home order of the Indigenous Peoples of Biafra (IPOB) Monday became more serious as Owerri, the state Imo capital turned into a ghost town, following the inability of banks, markets, motor parks shopping malls, primary, secondary and tertiary institutions to open for businesses and lectures.

Veritynewsonline gathered that in the previous Monday exercises, the aforementioned  witnessed partial  compliance but that of Monday witnessed full compliance due to last Monday’s pandemonium which saw people who dared to come out running helter skelter in different towns and villages in the state.

Last week’s pandemonium followed news of presence of gunmen, who reportedly came to enforce the sit-at-home order, without seeing their pursuers.

After that, most residents swore that they would not come out on Mondays for any kind of business again until the exercise was truly and officially called off.

In addition, no vehicles were seen in the morning hours until around 12 noon when commercial vehicles started trickling in. Pedestrians also deserted the roads just like road side traders and hawkers for fear of being attacked by unknown gunmen.

FCTA tasks the girl child to speak with one voice