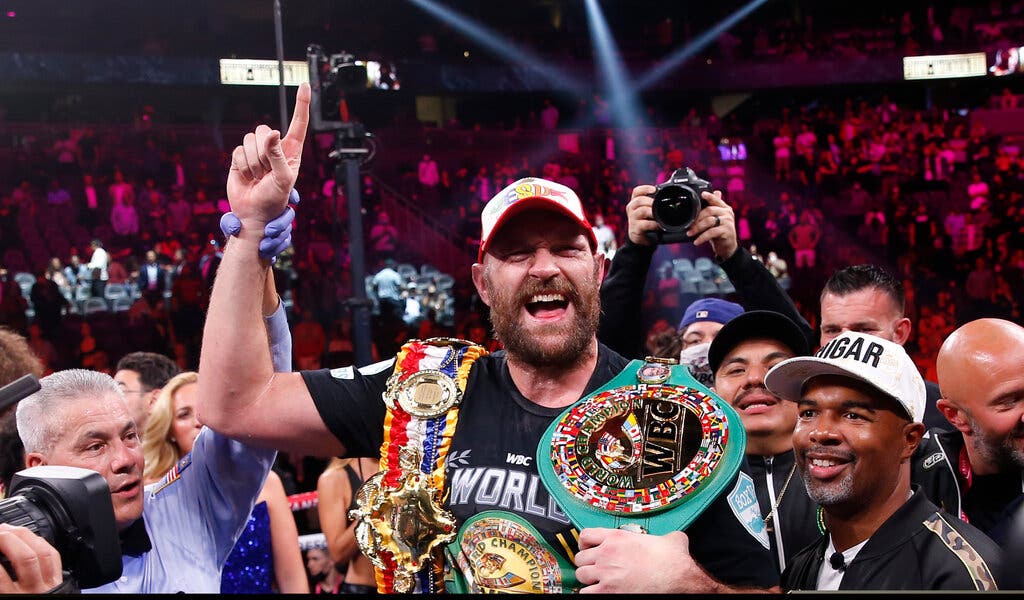 Tyson Fury found his defining triumph in one of the greatest and most heroic heavyweight fights ever seen.

Thus his epic trilogy with Deontay Wilder ended in a brutal 11th round knock out after Fury climbed off the canvas twice, having being floored by the Bronze Bomber’s atomic right hand.

Wilder inflicted those blows after being dropped first himself. He suffered two more knock downs at the climax of a ring war in the courage and will of two gladiators defied defied belief.

As they reeled between pain and exhaustion either could have been forgiven for succumbing. And it was the referee who had to prevent a semiconscious Wilder from rising yet again.

Fury prevailed by brute strength, violent force, a granite jaw and a superior skill set. As he said: ‘I’m the best heavyweight in the world and he’s the second best. ‘

Anthony Joshua can consider himself fortunate indeed that his long touted mega fight with Fury fell through. Oleksandr Usyk is too small to survive against this Behemoth. So who next for Fury? At this vaulting moment for boxing it hardly matters.