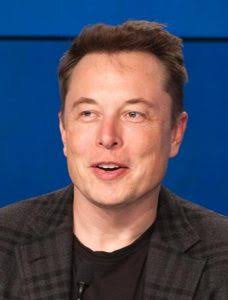 In a statement to Page Six, Elon said, “We are semi-separated but still love each other, see each other frequently and are on great terms”

“It’s mostly that my work at SpaceX and Tesla requires me to be primarily in Texas or traveling overseas and her work is primarily in LA. She’s staying with me now and Baby X is in the adjacent room,” he continued.

The artist and the billionaire were together for three years after Elon slid into Grimes’ DMs, apparently over their shared sense of humor about AI. The two have sparked breakup rumors before, based on their repeated unfollowing of each other.

Of course, the pair welcomed their first child together, X Æ A-Xii Musk, earlier last year. It seems like Elon is in the background of Grimes’ most recent TikTok video, where she’s trying to get X to call her “mama” after she revealed he calls her by her real name, “Claire.”