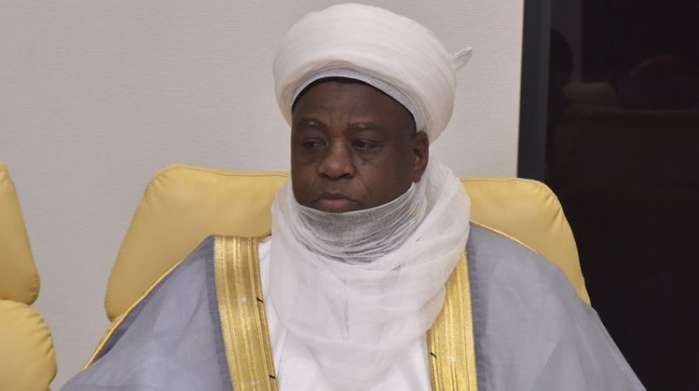 The Sultan of Sokoto, Alhaji Sa’ad Abubakar III, has urged the striking members of the National Association of Resident Doctors (NARD) to call off their ongoing strike and embrace dialogue.

Abubakar III made the call during the opening ceremony of the 20th Conference of the National Pediatric Surgeons of Nigeria (APSON) on Friday in Sokoto.

He appealed to the doctors to also respect the court order to resume work in the interest of the nation.

He advised the doctors to involve elders, traditional rulers and other stakeholders to engage the government in dialogue.

He noted that strike should be the last option in resolving industrial conflict, especially for medical workers whose responsibility had to do with saving the lives of citizens.

In his remark, Gov. Aminu Tambuwal of Sokoto State said his government had prioritised the health sector in recognition that a healthy population is always productive.

Tambuwal was represented by the Commissioner for Health, Dr Ali Inname.

He said his administration was building a teaching hospital, three premier hospitals in the three senatorial districts of the state to render tertiary health care delivery to the people.

The governor further stated that some general hospitals in the state had also been upgraded in order to provide better healthcare services.

Tambuwal noted that the state had recorded zero cases of COVID-19 in the last 165 days.

Earlier, the President of the National Association of APSON, Prof. Auwal Abubakar, called on the Federal Government to establish specialised children hospitals across the nation.

Abubakar said this had become necessary due to the fact that children make up about 50 per cent of the nation’s population with demanding healthcare needs.

He suggested that at least the government should establish one specialised children hospital in each of the six geopolitical regions in the country.

The president urged the government to invest in equipping the nation’s healthcare facilities to enable effective healthcare delivery to help in reducing medical tourism.

Abubakar also called for free medical care for children at all levels to improve health indices in the country.

The conference is expected to address challenges such as anterior abdominal wall defects, Pediatric malignancies; drawbacks and prospects as well as the impact of COVID-19 on Pediatric surgical practice in Nigeria.

Newsmen report that the association also provided free medical services and a health awareness campaign as part of the four days events.