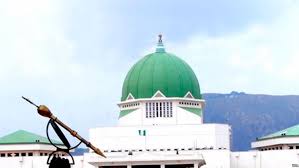 A spokesperson for the House, Benjamin Kalu, stated this on Friday when he briefed journalists on the activities of the 9th assembly.

“There is no friction between us; we should stop building mountains out of a molehill. There is no supremacy and no contests.

“The two chambers know their mandate and how to manage their expectations based on the Constitution; let us not import things into the relationship.

He said the lawmakers would not leave any stone unturned at ensuring that Nigerians got the best from them.

He said that no piece of legislation was perfect without room for improvement, adding that the PIA was not an exception.

“This PIA has shown that the president is a democrat who has retraced his steps for good.

“The President felt that the embroidery of this structure does not reflect that which is capable of enhancing national unity and cohesion,” he said.

Newsmen report that about 69 bills passed by the House were awaiting concurrence by the Senate.

Share
Related Topics:Benjamin KaluHouse of Representatives has denied having a frosty relationship with the Senate over delay in concurrence onspokesperson for the Housestated this on FridayThere is no friction between us;
Up Next