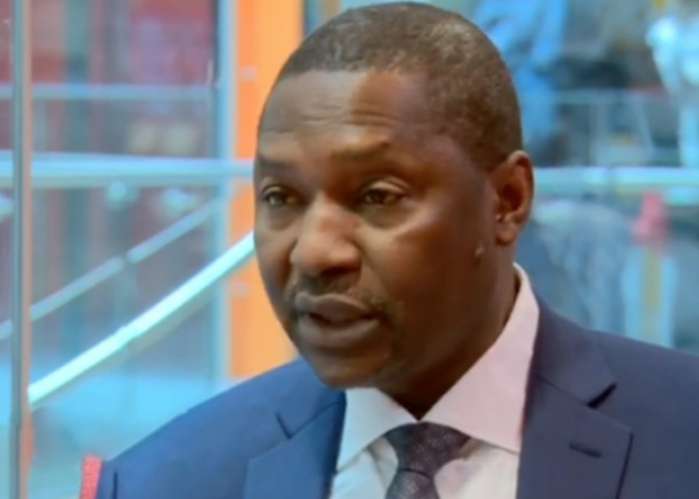 The Federal Government may file a fresh action against Yoruba secessionist agitator, Sunday Adeyemo (also know as Sunday Igboho), following the judgment of Oyo State High Court which awarded N20 billion in damages in his favour.

The Attorney-General of the Federation (AGF) and Minister of Justice, Abubakar Malami, told the News Agency of Nigeria (NAN) in New York that the federal government had the right to appeal the Judgement or file a fresh charge.

The judge, Ladiran Akintola, had awarded the money as “an exemplary and aggravated damages” against the AGF and the State Security Service (SSS), over the invasion of Adeyemo’s home in Ibadan on July 1.

However, Mr Malami said the position of the federal government on the judgment was about “law and jurisdiction”.

“As far as this matter is concerned, which court is it that has the jurisdiction to determine it? And as you rightly know, obedient to court orders and court judgments,” he said.

“But then you have to understand within the context of such obedience that there are associated rights and interests that are vested in the Federal Government.

“Inclusive of rights of appealing against a judgment, inclusive of the right to file an application for setting aside the purported judgment and order.

“And indeed, inclusive of the possibility of filling a fresh action if indeed the jurisdiction of the court that was alleged to have indeed handed that judgment is an issue.

“So, we are doing the needful in terms of looking at the law as it exists and then working within the context of the law in ensuring that justice is done as far as the contending issues between the parties are concerned,’’ the minister explained.

Mr Igboho’s counsel, Yomi Alliyu, SAN, had filed a N500 billion fundamental human rights enforcement suit against the AGF, SSS and the Director of the SSS in Oyo State over the invasion of his home in Ibadan on July 1.

Mr Alliyu claimed that his client’s house and cars were damaged, while two occupants of the house were killed by SSS operatives during the incident.

However, counsel to AGF, Abdullah Abubakar, had argued that there was no evidence before the court that the blood seen in the video clip tendered by Mr Alliyu belonged to a human being.

Mr Abubakar also said there was nothing in the video clip that showed that the house that was invaded belonged to Igboho or linked the AGF with the invasion.

Mr Adeyemo is still being held in the Republic of Benin where he was arrested some weeks ago while trying to flee to Germany.

Share
Related Topics:had awarded the money as “an exemplary and aggravated damages” against the AGF and the State Security Service (SSS)Ladiran AkintolaSunday Adeyemo (also know as Sunday Igboho)The Federal Government may file a fresh action against Yoruba secessionist agitatorThe judgetold the News Agency of Nigeria (NAN) in New York
Up Next