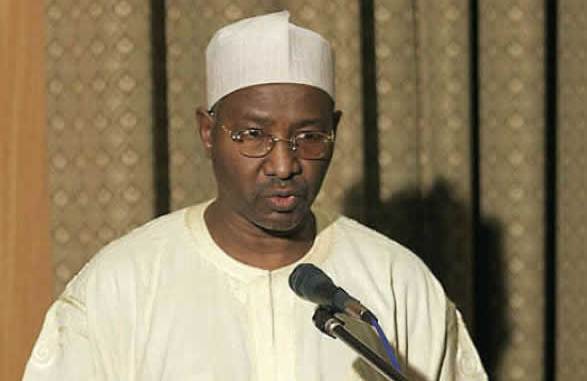 Ahead of the 2023 general elections, some concerned Nigerians of diverse professional backgrounds have formed a non-partisan political group to address leadership problem  in the country.

The non-partisan political group, known as Rescue Nigeria Project (RNP) an initiative of accomplished Nigerians of diverse ethnic, religious and partisan backgrounds, committed to charting the course to building a better Nigeria.

RNP National Coordinator, Usman Bugaje, speaking at the group’s inaugural  national caucus meeting in Abuja on Tuesday, said the group was founded on the premise that the problems of Nigeria all emanate from poor leadership.

He said that Nigeria was unable to exit the leadership conundrum precisely because the leadership recruitment mechanism in its political parties was so flawed.

“It is so flawed that except for accidents, they are incapable of producing competent leaders with the requisite knowledge, discipline and commitment to make a difference.

“We are living with, or better still, groaning under the consequences of this folly.

“What this means is that any attempt to rescue this country from its troubles must first rescue it from the current leadership recruitment mechanism that seems to leverage on money and connection or ethnic sentiments and no premium on knowledge or competence.

“The challenge is how to introduce a set of criteria or better still re-calibrate the recruitment mechanism in our political parties to prioritize knowledge, competence and character.

“The deepening crisis in the political parties is all the more reason why this re-calibration is necessary,’’ Bugaje said.

The national coordinator said that RNP core values, rightly started with ethical leadership which speaks to the character of leaders, the key features of competence, capacity and the courage to do the right thing.

These, according to him, were motivated by patriotism, selflessness and service, conscious of inclusiveness, fairness, equity, mutual respect and accommodation.

“We intend to renew the spirit of leadership and create new standards to speak to the role this great country is expected to play in the great continent of Africa.

“By 2030, Nigeria’s population is expected to rise to 300 million and by 2050, it is expected to be about 450 million, when it will be the third largest country in the world after India and China.

“Thus we must seek to change the conversation about leadership.

“The first thing we should want to know about our president is not which part of country he or she comes from, rather how competent is he or she?”

Bugaje stressed the need to prioritize knowledge among leaders, saying in the 21st century, knowledge is the greatest capital.

On his part, the former governor of Kwara State, Abdullahi Ahmed, making a presentation on RNP said the mission of the group is to reconcile and re-unite Nigeria.

Ahmed added that it was also to win and deploy political power for the purpose of nation building and national development, achieving prosperity for all, and the protection of life and dignity of every Nigerian citizen.

He listed the group four cardinal principles to be ethical leadership; competence, capacity and courage; patriotism, selflessness and service; inclusiveness; fairness and equity; as well as mutual respect and accommodation.

He said that RNP areas of engagement with Nigerians would be on restructuring and nation building; security; economy; human capital development, and good governance.

Ahmed said that the group was expected to form a strong coalition to stimulate a new leadership selection process with expectations from the leaders.

“We want to see this as a platform that for once we genuinely and sincerely bear our minds on the critical issues that are facing us in terms of insecurity, economy, infrastructure and most importantly on this social dislodgement that we are faced with.’’

Asked if the group was all about 2023 general elections, Ahmed said said there was need to look toward the general elections to get true leaders that would change the direction the country was going.

Prof. Tunde Adeniran, a former Minister of Education Minister and a member of RNP national caucus, said Nigeria must be rescued

Adeniran said that the values upheld by Nigeria founding fathers to keep the country together were in tatters and not much had been done to restore them to ensure justice, equity, unity and focus.

Also, a national caucus member of the group, Hajia Aisha Dankanmi, stressed the need to elect leaders that would serve the people not the citizens serving leaders.

Dankanmi stressed the need for Nigeria to build an egalitarian society.

Another national caucus member of the group, Dr Rose Danladi , urged Nigerians to discover where they could contribute positively to transform the situation of the country.

Dr Nurudeen Mohammed, also a leader, said the task for the present generation in Nigeria was to  make sure that nation did not fall apart.

Mohammed said that some people sacrificed their lives for Nigeria to have democracy people citizens now enjoyed.(NAN)