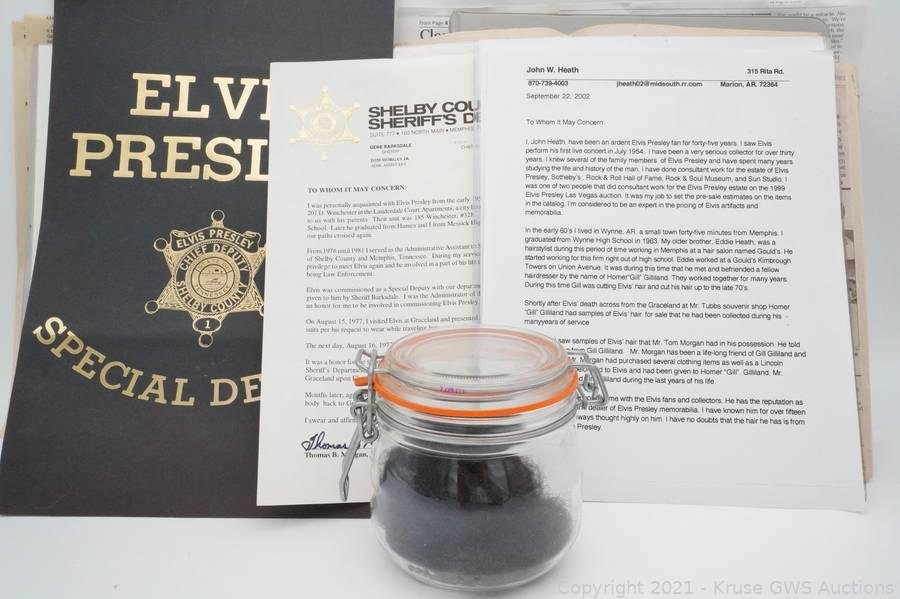 A baseball-sized clump of hair that came from the head of Elvis Presley sold for $72,500 in an auction.

Kruse GWS Auctions, based in Los Angeles, said the “Elvis Presley jar of hair with extensive documentation” sold for $72,500 in an auction that also included the sale of the performer’s iconic jumpsuit from his 1972 Madison Square Garden performance for $1,012,500.

The auction house said the baseball-sized clump of hair was collected over the course of multiple haircuts by Homer Gilleland, Presley’s personal barber for more than two decades.

The hair was kept in a plastic bag by Gilleland, who gifted it to Thomas Morgan, a close friend of both the barber and the singer.

The “extensive documentation” included with the hair, which has since been transferred to a sealed jar, includes plane tickets from occasions when Presley brought Gilleland on the road with him to cut his hair and a certificate of authenticity signed by John Reznikoff of University Archives, “the world’s most trusted authority in the field of hair collecting.” 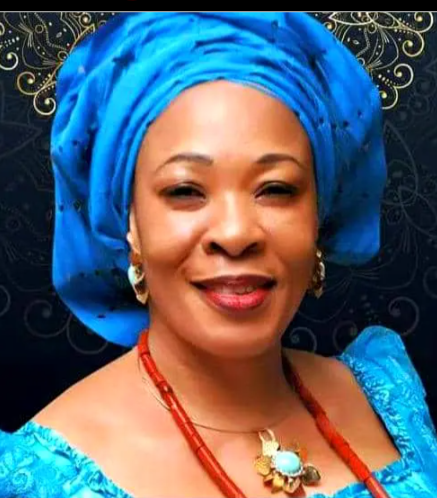 Risikat Ajoke Adegeye, a former member of the Lagos State House of Assembly, and wife of legendary musician, King Sunny Ade, is dead.

The deceased who was also a former Chairmanship Aspirant under the platform of All Progressives Congress, APC, in Amuwo Odofin Local Government Area, reportedly died in the early hours of Tuesday, September 21, 2021.

Adegeye, a devoted and loyal party member of the APC, died after a brief sickness.

As of press time, the cause of her death was unknown. A source, told Vanguard that the death could have been as a result of cancer which the deceased had battled for a long time before she succumed finally to death.

However, George Folarin Olawande, confirmed the death on behalf of the family in a statement on Tuesday, September 21, 2021.

The statement read in part: “We wish to formally inform, friends, well-wishers, political associates, and the general public that Hon Risikat Ajoke Adegeye passed on after a brief illness during the early hours of Tuesday, 21st September 2021.

“Hon Risikat Ajoke Adegeye was a Honourable Member in the 6th Assembly of the Lagos State House of Assembly.

“She will be greatly missed not only by her immediate family but also by her political associates and followers. Further information in respect to her burial ceremony will be announced later after extensive consultations with the family.

“Thank you as we pray that she continues to rest peacefully and eternally with the Almighty God.” 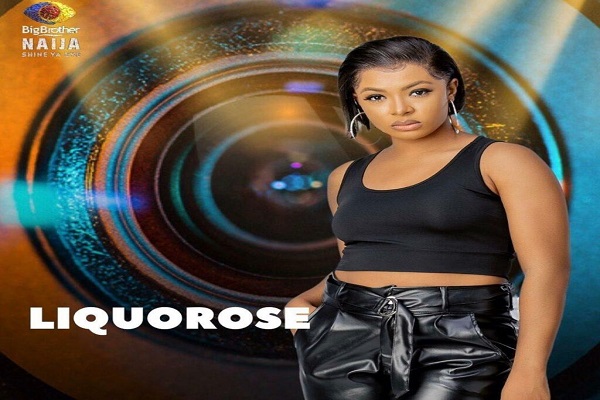 Liquorose has emerged the 10th Head of the BBNaija Shine Ya Eye edition House and granted immunity from the nomination for possible eviction ahead of Sunday.

Liquorose becomes the first Shine Ya Eye housemate to get the HOH title twice. She had won in week five.

Liquorose was chosen by Emmanuel after he emerged victorious after a tie with Cross at the arena for the Ultimate Veto Power’ game on Monday, September 20, 2021.

The Ultimate Veto Power game for week nine was different. It was a whole new task that required the housemates to gather as many points as possible.

According to instructions from Big Brother, all the housemates took turns to determine the 10th HoH in the BBNaija Shine Ya Eye edition.