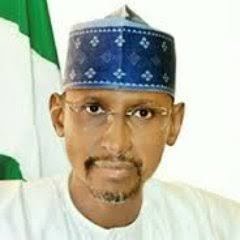 The Federal Capital Territory Administration (FCTA) has Thursday, flagged off the construction of access road and car park for the Kagini Light Rail station.

The project estimated to cost about N1,830,392,695.00 and financed from the Green Bond fund domiciled in the Ministry of Environment, was said to have been awarded to an indigenous contractor and  expected to be completed within twelve months.

FCT Minister, Malam Muhammad Bello, at the flag-off ceremony, said the project was earlier this year approved by President Muhammadu Buhari, as part of efforts towards accelerating infractural development in the nation’s capital.

Bello noted that Kagini rail station was designed to enable residents within the area and other adjoining Districts enjoy the benefits of a modern rail transportation system, while also helping to reduce carbon emissions that destroy the environment.

The Minister of Environment, Dr. Mohmood Abubakar, who was the special guest and also performed the ceremony said the project was funded from the proceeds of the second issuance of the Sovereign Green Bond of the Federal government.

He also pledged that his Ministry would partner with FCT in solving the protracted poor traffic lights management through the Green Bond initiative.

Abubakar noted that government was using the Green Bond project in tackling the menace of climate change in the country.

Also speaking, FCT Minister of State, Dr.  Ramatu Aliyu,  disclosed that the project was in line with the Administration’s commitment to improving and providing services that have direct impact on the citizens.

She said, “We are convinced of the need to create an enabling environment for businesses to thrive and reduce the cost of doing business.

“We have adopted strategies that will help to build and aggregate stakeholders competencies and commitments needed to mobilize public and private resources for developing the nation’s capital and enriching the lives of every residents.”