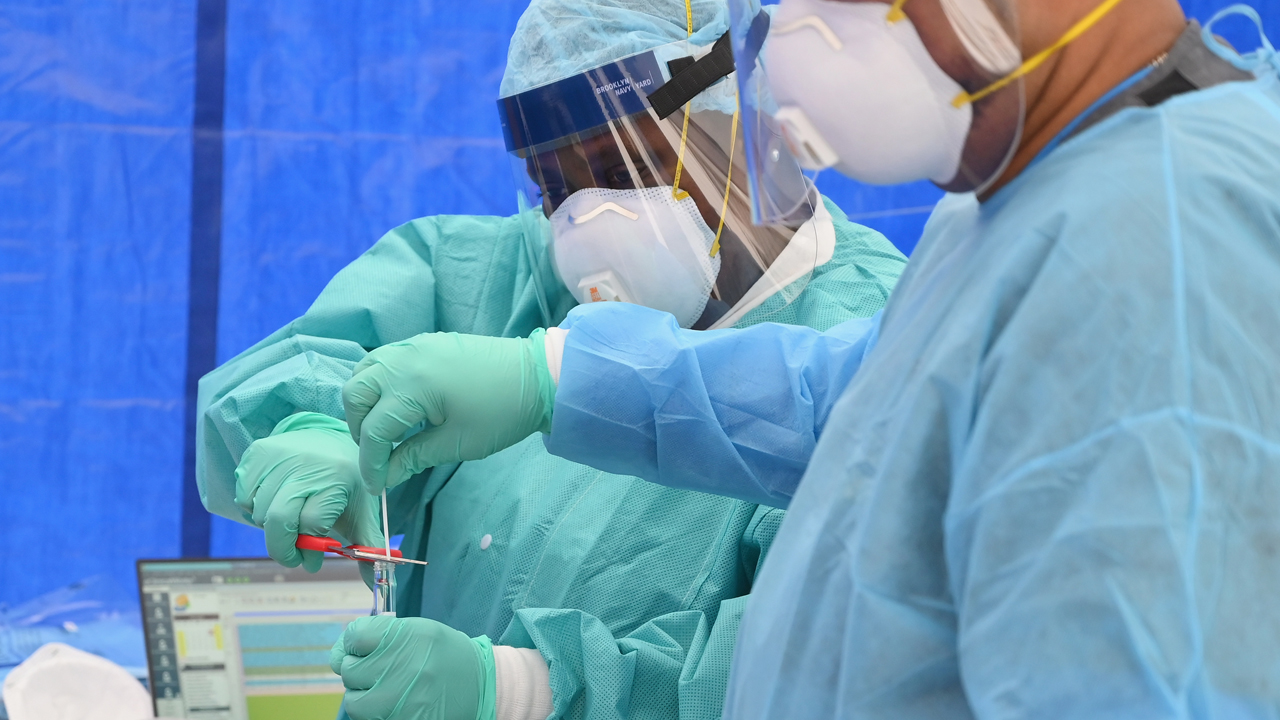 The federal government Thursday expressed concern over the ravaging third wave of Delta variant of coronavirus, saying Nigerian ls must be alive to their responsibilities to fight against the pandemic.

Minister of Health, Dr Osagie Ehanire, said this Thursday at the weekly ministerial briefing organized by the Presidential Communications Team.

The minister said Nigeria is very concerned about the Delta variant because it is more transmissible and dangerous.

“The country is particularly concerned about the Delta variant because it is much more transmissible and it has been estimated to be 60 percent more transmissible, which means that where one virus of the previous variants would infect 100 people, this particular variant will infect 160 people and that is a lot.

“Secondly this variant is also of concern because it affects even younger people. Before now we did say that younger people might likely get away or escape form the infection and we expect the vaccination form 18 year upward but this Delta variant attacks people and we did say that those who suffer most from the other variants are people who gave underlying illnesses but this variant seems to care less, it does not discriminate too much whether you have underlying illnesses or not,” he said.

The minister said vigilance at the country’s borders has been fortified to check the importation of the disease to the country.
He said efforts put by individuals and organizations would complement the national response by government in containing spread of the virus.

“If we work together, not only government, it also has to do with citizens, agencies and not the least, the media, we do have a good chance of scaling through this COVID-19 third wave threat and I want to thank all Nigerians for the support and participation so far, which has made this battle controllable.

“The successful implementation of the non-pharmaceutical interventions and public health measures since we started this vaccination and since this epidemic came in remains very important. Therefore, everyone has a role to play; government, citizens, media, partners, nongovernmental organizations, community based organizations, civil society organizations, traditional rulers, political leaders and community leaders all have a role to play in this collective effort,” he said.

Giving the current status of the disease in the country, the Minister said as of August 11, 2021, the number of confirmed cases stood at over 179,000.

“As at the 11th of August 2021, the government of Nigeria has confirmed the following statistics which by now may have changed a little bit; that the total number of confirmed cases is 179, 118, active cases are 10,783, the number of number of discharged cases, 166,144 and sadly the number of fatalities is 2194.

“So we have declared that Nigeria is officially in the 3rd wave of COVID-19 pandemic and as you know, it has already spread in many parts of the world mostly in India where it was first recognized spreading to other parts of the world and also Africa, including West Africa,” he said.

The minister listed states considered more vulnerable as he called for more action towards combating the pandemic.

“Now cases have started to rise gradually since several weeks and also there have been weekly increase in fatalities recorded in the past four weeks or so.

“Currently, the States that have the highest contribution to the national case load of COVID-19 are Lagos, Akwa Ibom, Rivers, Oyo, Ogun, Ekiti, and the Federal Capital Territory, Abuja. These are the ones we have called the red alert States because they require extra attention to contain the COVID-19 outbreak in those places.”