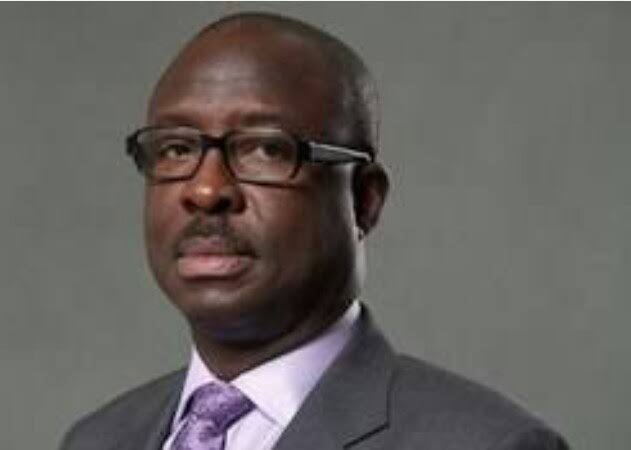 The Nigerian government has concluded a $1 billion syndicated term loan for Micro, Small and Medium Enterprises (MSMEs) through the Bank of Industry (BOI).

Speaking at the launch of a digital agribusiness hub, I-Produce, in Abuja, the Minister of Industry, Trade and Investment, Otunba Niyi Adebayo, said the syndicated term loan would provide affordable loans alongside moratorium benefit to MSMEs.

“A great deal of agri-businesses are eligible for this scheme. These schemes are in addition to the MSME Survival Fund Initiative, a component of the Nigerian Economic Sustainability Plan (NESP) to help MSMEs respond to the shock caused by the COVID-19 pandemic.”

The digital hub was created by Inara Foundation and funded by the Islamic Development Bank (IDB).

Its founder and CEO, Mrs Aisha Waziri Umar, said iProduce would guide young Nigerians on how to create globally acclaimed companies as it focuses on livestock, fruits and vegetables, cotton and garment, as well as essential oils.

She said the advent of the African Continental Free Trade Area (AfCFTA) posed a huge challenge, which the digital hub would help young agri-entrepreneurs to navigate through technical assistance. 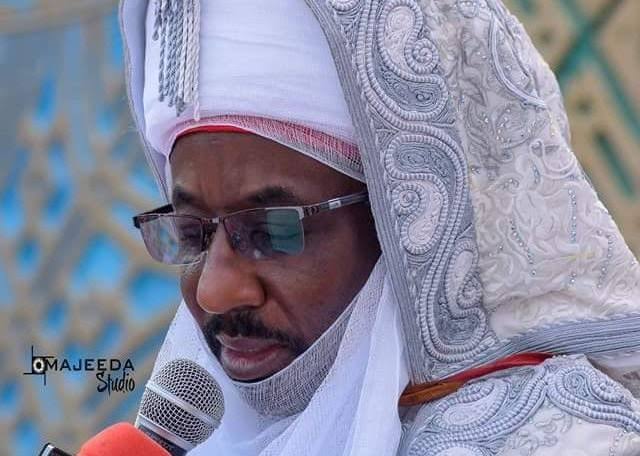 A former governor of the Central Bank of Nigeria, (CBN), Alhaji Sanusi Lamido Sanusi, says that the Nigerian economy is under threat of collapse.

Speaking at the closing ceremony of the Kaduna Investment Summit, tagged KadInvest 6.0, Sanusi said aside the fact that Nigeria is having difficulties in oil production, the product is now being rejected in the global market.

The former Emir of Kano said the “goose laying the golden egg for Nigeria is about to die”.

He said the future lies in a knowledge-based economy, adding that Nigeria is behind many African countries in innovation index.

Sanusi lamented that, while Ghana with a smaller economy invests more in education, Nigeria spends only seven per cent of its budget in that direction.

“Only eight of every 100 Nigerians, who start primary school complete university.”

“Globally, work is being redefined; 30 to 40 per cent of workers in developed economies will need to significantly upgrade their skills by 2030. And what are the major drivers of this redefinition? ICT and remote working, which we have seen even here with COVID-19.

“There is increased automation and artificial intelligence. Very soon, robot will take over work in most countries and those who would have job are those who operate the robots, manufacture the robots or service the robot.

“A few months ago, Germany was able to produce enough renewable energy for the entire country’s need. Today, we are having difficulties selling Nigerian oil. So, not only are we having problems to produce, even when we produce, the market is not there.

“So, this is forcing a change, and for us a country that depends on oil, things need to change.”

He, however, stressed the need for skill creation for the young people, which will create enabling environment for economic growth and development.

“Data is one of the most crucial support that can be given to entrepreneur for innovation,” he said.

While calling on government to encourage market access, he said, “If Kaduna state government continues with its e-government plan, it will be a big market itself and it will encourage investment which are all knowledge economy aspiration and a shift in government spending to match the priority.”

Sanusi congratulated Kaduna for the feat, describing the aspiration outlined in the plan as “critical” to addressing the country’s dwindling economy resulting from the over-dependence on oil revenue.

Meanwhile, the state government said it will be introducing ICT skills in vocational institute and also in primary and secondary schools.

As reactions continue to trail the call for the Central Bank of Nigeria (CBN) Governor’s resignation by the Peoples Democratic Party (PDP), a group, Coalition of Civil Society Groups (CCSG), has warned the party to desist from such action, saying such call at a time like this was unpatriotic.

According to Etuk, “The unguided and unexpected call for CBN governor’s resignation by the People’s Democratic Party (PDP), we consider it pertinent to call for restrain from any form of distraction or political mischief from the PDP.

“This political entanglement with a public institution like the CBN is very unpleasant, uncalled for and should not be entertained by any patriotic Nigeria.

“After an appraisal of the statement credited to Senator Udoedehe, we observed that he neither accused Emefiele of any wrong doing nor implied that the CBN Governor was involved in any infraction; therefore the call for the resignation of Mr. Godwin Emefiele by a highly respected political party is regrettable and most uncharitable.

“We frown at the mischievous misrepresentation of the political utterance of the APC Caretaker Secretary: Senator John Udoedehe by the PDP and advice that the political Parties should exempt the CBN Governor and the CBN in general from their political gimmick and concentrate on their political games,” he said

He further enjoined those finding it profitable to peddle wrong information to stop, as according to him, such act was unpopular, mischievous, adding that it was wrong and should not be associated with a political party that once praised and proudly informed Nigerians that Mr. Godwin Emefiele performed excellently well and did justify the confidence reposed on him by the PDP.

“We hereby state emphatically that any act designed to frustrate efforts of Mr. Godwin Emefiele to restore the economy from its downward slope orchestrated by fall and unstable price of crude oil, rejection of our agricultural produce in foreign market, low quality of our industrial good and the advent of Covid-19 pandemic will be opposed.

“We frown and express deep disappointment that some persons or political party will make itself available to unsettle the CBN Governor. No reasonable person will embark on such venture, because it is unpatriotic. We should not be seen creating crisis for an individual/institution making effort to revamp the economy that has witnessed two recessions by no fault of the Governor of CBN,” the group said.

The Federal Government on Thursday inaugurated an Inter-Ministerial Committee to tackle illegal refinery of crude oil in the Niger Delta region.

The acting Solicitor-General of the Federation (SGF) and Permanent Secretary of the Federal Ministry of Justice, Umar Mohammed, who represented the minister said the move was in a bid to block revenue leakages.

“The major mandate of the committee is to recover illegally refined petroleum products (crude oil) in the dug-up pits found around the creeks of the Niger Delta”.

Members of the Committee were drawn from the Ministry of Defence, the Nigerian Army, the Navy, Defence Headquarters, the Nigerian Security and Civil Defence Corps and the Nigerian National Petroleum Corporation.

Others are from the Federal Ministries of Justice and Environment, the Department of Petroleum Resources, and the National Oil Spill Detection and Response Agency.

The News Agency of Nigeria recalls that the Military had in August deactivate some illegal refineries in Niger Delta.

Acting Director, Defence Information, Brig.-Gen. Bernard Onyeuko, had disclosed the operations of the military in Bayelsa, Rivers and Delta led to the discovery and deactivation of several illegal refining sites.