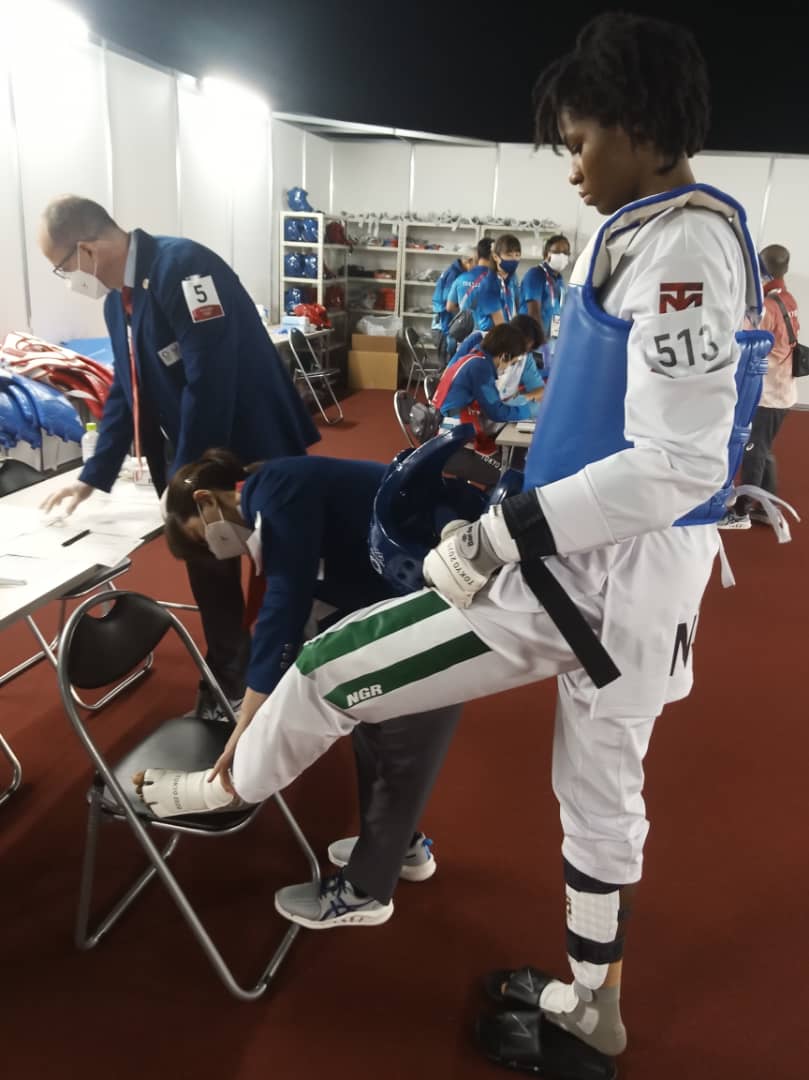 The duo, competing in the female -67kg, kick-started competition day three for the taekwondo event.

Tartar who edged out Anyanacho 12 – 7 used her Olympic and world experience to capitalise on the inexperience of her Nigerian counterpart.

With seven points to her name, Anyanacho showed glimpses of future brilliance against the world champion, but could not shake off the anxiety in time to overcome her top ranked opponent.

Anyanacho will have to wait to see if Tartar makes it to the finals, to be eligible to fight for a conciliatory bronze medal.

Minister of Youths and Sports Development, Mr Sunday Dare, who was at the venue to support Nigeria’s second ever Taekwondo Olympian, reached out to encourage the 22-year old after the match.

“You have done well against a world champion. Keep your focus and let’s pray the Turkish champion gets to the finals so you can fight for a bronze. We are here to support you all day,” he said.

So far, Africa had recorded only one medal through the silver medal won by Mohammed Khalil Jendoubi

Egypt, Niger Republic, Morocco, Mali whose athletes competed in day one and two have also failed to reach the medal stages.