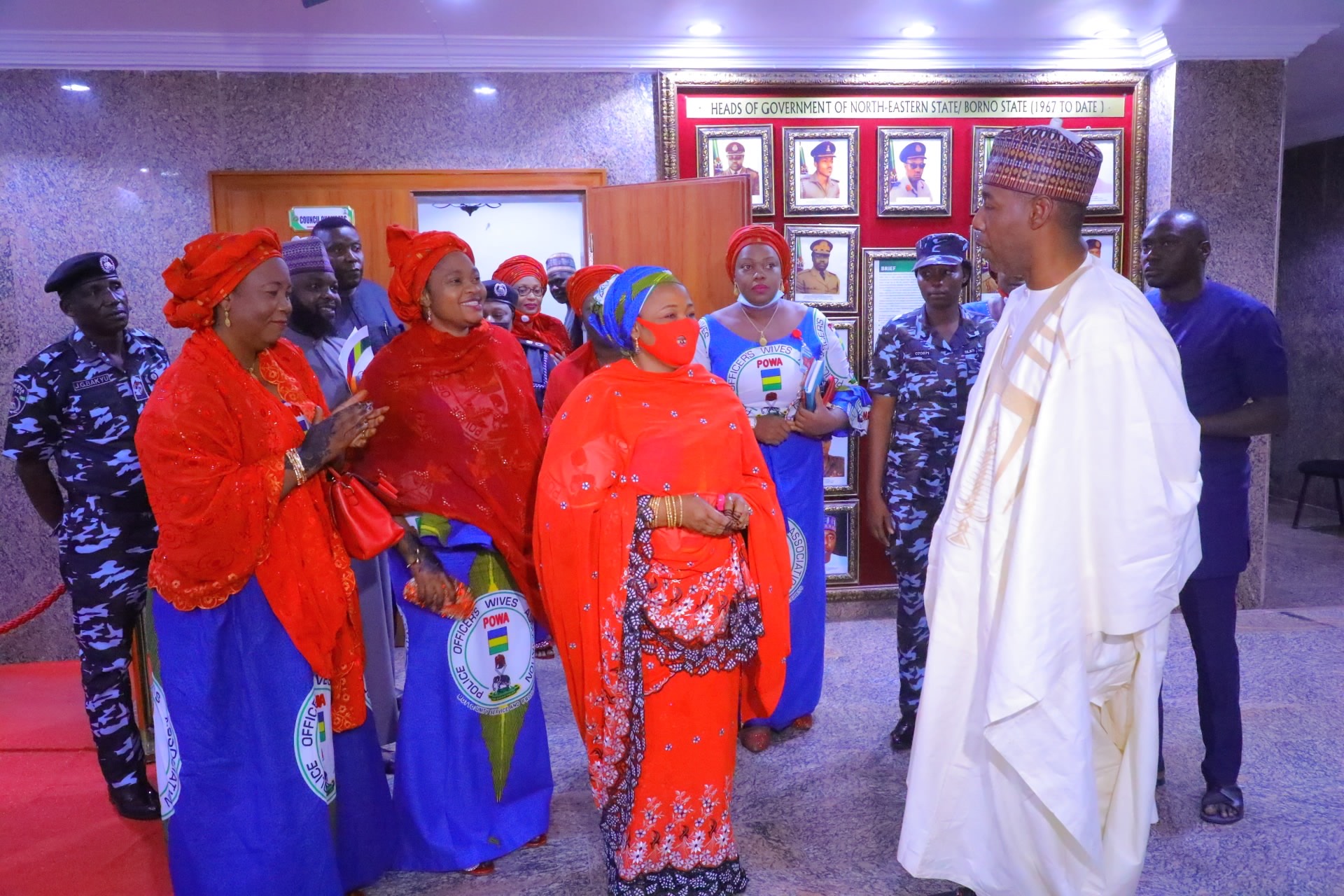 Borno State Governor, Prof. Babagana Umara Zulum has over the weekend, ordered the renovation of primary schools being attended by children of Police personnel.

Zulum also directed the allocation of land to Police Officers Wives Association (POWA), for the establishment of a skills acquisition centre that will train widows and orphans of deceased Police personnel.

The Governor gave both directives on Saturday while receiving wife of the Inspector General of Police, who is POWA’s President, Hajiya Hajara Usman Baba Alkali at the Government House in Maiduguri.

The IGP’s wife, had during her remarks, informed Governor Zulum about deplorable conditions of Police primary schools in Maiduguri, seeking the Governor’s intervention.

She also requested allocation of land to POWA for establishment of a skills acquisition centre through which the association plans to train widows and orphans of policemen, who have passed on.

Zulum in his response, promptly gave directives for rehabilitation works that will be carried out after needs evaluation.
The Governor also directed the Borno State Geographic information services (BOGIS), to immediately identify and allocate suitable land to POWA.

The IGP’s wife, who hails from Borno State, commended Zulum on his laudable efforts towards restoration of peace and progressive development.
“Borno is the first northern State we are visiting after Lagos, Rivers, and Ogun States. We are here because of the way you carry everybody along. you are not discriminating any form of human being” Mrs. Alkali said.

“The Nigerian Police are doing very well in Borno State. When the cases of Police buratility in communities in Nigeria was raised, Borno State was the first state to publicly acknowledge contributions of the Nigerian Police towards respecting citizens’ rights while safeguarding lives and property. In fact, the Borno State House of Assembly even passed a vote of confidence on the Nigerian Police, for the good works they are doing” Zulum declared.
The Governor thanked the Police for their sacrifices, noting that the Police has played and still playing significant roles in Borno’s growing stability and restoration of civil authorities, particularly in Local Government Areas.

She also commended Zulum’s humanitarian services to Internally Displaced Persons (IDPs) and to families of security personnel that havelost their lives in the line of duty.
Zulum praises Borno’s Police Force
Meanwhile, Governor Zulum, while hosting the IGP’s wife on Saturday, paid tribute to Borno State Police Command in respecting the rights of citizens.

Breaking: Buhari off to London again