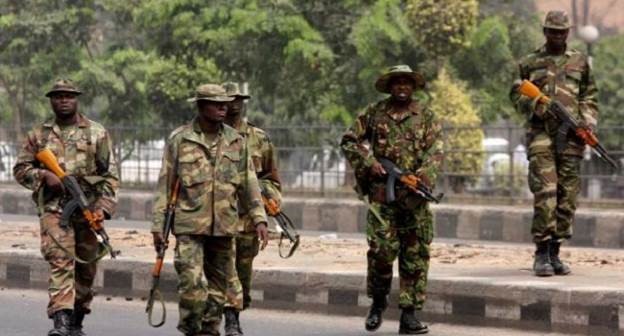 The Nigerian Army has announced that gunmen suspected to be members of the Eastern Security Network (ESN), the vigilante arm of the Indigenous People of Biafra (IPOB) Tuesday killed two soldiers on duty at Uzo-Uwani local government area of Enugu state.

The slain soldiers were part of the troops deployed to check the activities of gunmen at Adani community in the local government.

He said troops were able to repeal the attack that would have claimed more lives.

Angered by the incident, the Army spokesman enjoined the general public to assist the Army to track the fleeing gunmen.

“Sadly, during the fire fight that ensued, two soldiers paid the supreme price. Troops are currently on the trail of the criminals.

“We assure the general public of our commitment to provide adequate security in the general area in collaboration with other security agencies.

“We also urge members of the public to complement the effort of the security agencies by remaining law abiding and provide useful information on the fleeing gunmen.”