Breaking: Emir of Kajuru, his family members, others kidnapped in Kaduna 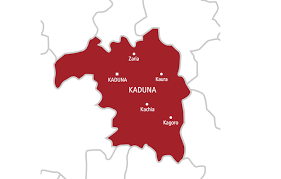 The Emir of Kajuru and 13 of his family members have been kidnapped by armed bandits in a late night raid.

According to Sahlan Times reports. The 85-ear old 2nd class Emir was kidnapped alongside three women, two of his grand children, 3 of his aides and 5 others.

One of the Emir’s cabinet members who pleaded for anonymity, confirmed the attack.

It was reported that just a day before the incident, the Emir summoned a security meeting; about a potential ploy to kidnap him but unfortunately, the security agents didn’t act on it.

The Kajuru emirate is about 30 minutes away from Kaduna town.