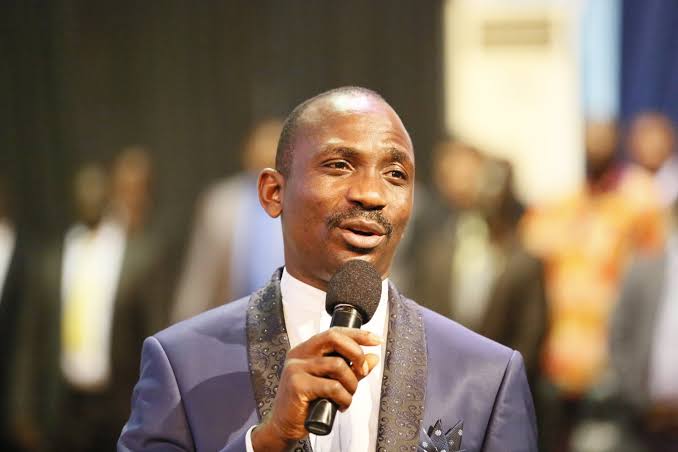 A religious organisation under the auspices of Brethren For Christ Empowerment Organisation (BCEO) has exonerated the Senior Pastor of Dunamis International Gospel Church, Dr. Paul Enenche from the arrest of 10 activists in his church last Sunday.

Apostle Kingsley Madaki, coordinator of the group, while speaking to journalists in Abuja yesterday in a press briefing, said that the organization has done its investigation into the matter and have found out that Enenche was not aware of the arrest, until it was done.

The Apostle who explained that the church of God is for everybody-the saved and unsaved- said that Pastor Enenche has been a forerunner in winning souls, so he could not have ordered for the arrest of the youths he would want to be saved for Christ.

According to him, from their investigation, the arrest of the youths was done outside the church premises by security operatives, without the consent and knowledge of the Church senior Pastor.

“While we condemned the arrest of the youths in the manner it was done, from our investigation on the matter, we have to state categorically that everything that happened on that day, was done without the knowledge of Pastor Paul Enenche.

“People should stop casting aspersions at Pastor Enenche that he was the one that ordered the arrest of the youths. It is not true. Inasmuch as the activists had their ulterior motives when they visited the church, the Pastor has nothing to do with them after the service. The security personnel did their jobs because they suspected negative moves from them,” he said.

The Christian group further appealed to the security agency that to release youth, if they have gotten all the information they need from them and have found nothing incriminating about their action.