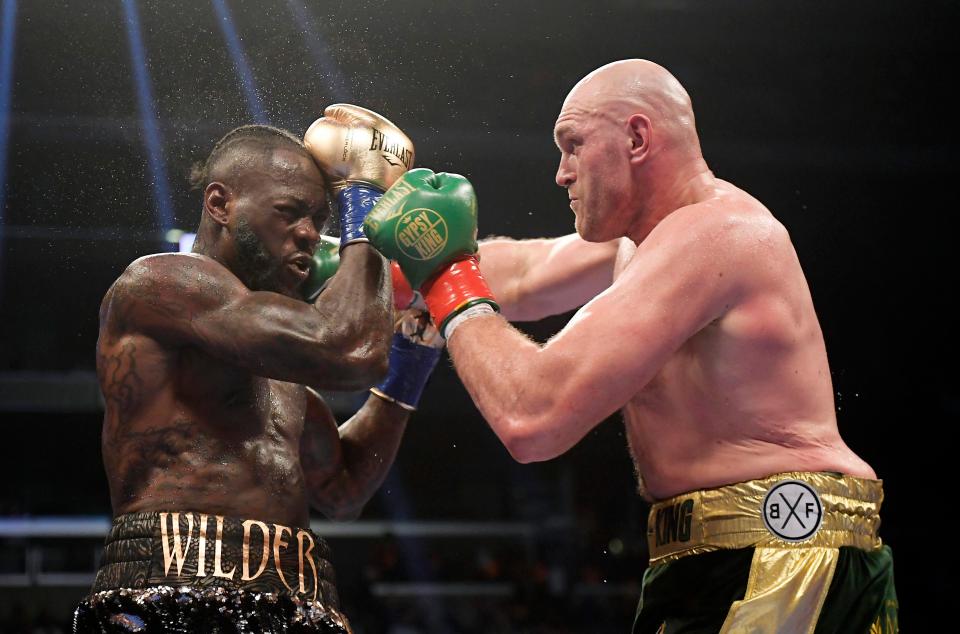 Tyson Fury and Deontay Wilder’s upcoming fight will be postponed until October due to an outbreak of Covid-19 in the champion’s camp, according to reports in the US.

The trilogy fight for Fury’s WBC heavyweight championship was set for three weeks’ time on July 24 in Las Vegas.

ESPN first reported on Thursday that the fight would be delayed due to a Covid-19 outbreak but Top Rank, Fury’s US-based promoter, said in a statement: “We continue to monitor the health status of Tyson and his team and the status of the event has not changed to date.”

Joseph Parker, the former WBO heavyweight champion, was also training alongside Fury, but his manager David Higgins has told Sky Sports: “Joseph does not have Covid.”

Dillian Whyte would be available and willing to replace Fury and fight Wilder on July 24, according to his promoter Eddie Hearn.

The delay to Fury vs Wilder means that Anthony Joshua is now expected to step back between the ropes before his two main divisional rivals.

Joshua is set to defend his IBF, WBA and WBO titles against Oleksandr Usyk on September 25 in London.

Although talks to stage Joshua vs Fury for the undisputed title fell apart, there was optimism the dream fight could be rectified this year if they each came through their next defences.

With Fury’s comeback now delayed until October, any hope of seeing him fight Joshua in 2021 has gone.

Neither Fury, aged 32, nor Wilder, 35, have returned to the ring since their second fight in February 2019.

Fury stopped Wilder, ending his title reign and unbeaten record, after a dramatic draw in their first clash.

Wilder wore headphones to block out Fury’s taunts when they recently met at a press conference.

The American has made wholesale changes to his team – he has sacked Mark Breland, the trainer who threw in the towel to end the second fight with Fury. He has appointed former opponent Malik Scott as his new trainer, meaning Jay Deas has been demoted.