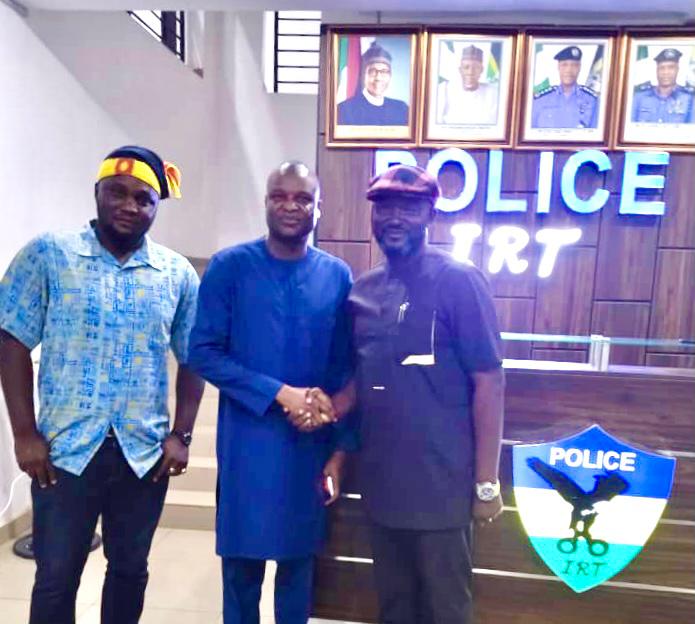 The Chairman, Ado Local Government in Benue State, Hon. James Oche says that there is no going back on his commitment to subdue the criminal elements at all cost in the area.

Oche disclosed this shortly after he paid a visit to the National Commander of the Intelligence Response Team (IRT) of the Inspector General of Police (IGP), DCP Abba Kyari at the Command’s Headquarters in Abuja.

The Chairman explained that the purpose of his visit was to seek greater partnership and build stronger synergy with the command headquarters.

On his part, DCP Abba Kyari appreciated Mr. Oche for finding time to pay him a courtesy visit and said he was among leading Chairmen exhibiting uncommon zeal to eliminate crime under their watch.

Kyari added that the IRT was committed to perform in line with the instructions of the IGP, undertake critical efforts to fish and bring criminal elements to book.

“It is not news that, since becoming Chairman, James Oche has had to deal with serious security concerns ranging from activities of kidnappers, armed herdsmen, bandits, robbers, armed robbers, cultists and communal clashes” he said.

Recalled that the Chairman has received commendations for his undeterred commitment in fighting crime and criminality in the area.