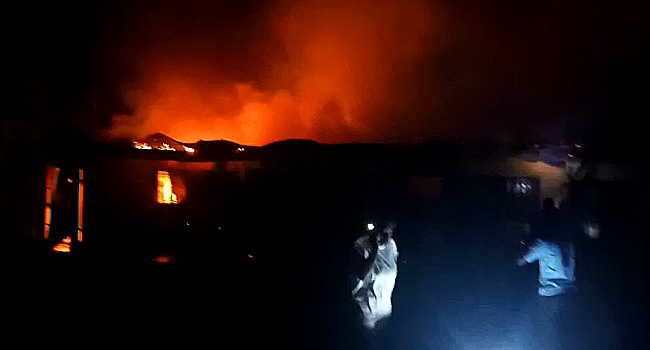 The Synagogue Church of All Nations, SCOAN, owned by late Prophet T.B. Joshua is currently on fire.

The cause of the fire is unknown.

The church began a week-long burial ceremony for its founder, Joshua on Monday evening with a candle light procession.

The fire engulfing the building is certainly going to disrupt the ceremony to herald Joshua back home.

He said emergency responders are currently trying to put out the fire.

He could not ascertain the cause of the inferno, but said he would give details later.