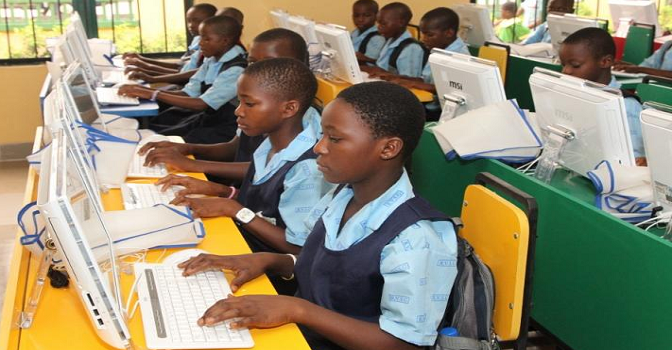 As part of the telecoms regulator’s consumer education initiatives, the Nigerian Communications Commission (NCC) has highlighted helpful measures to stand up against cyberbullying, and educate our children about this menace in the cyberspace or world of virtual reality.

Cyberbullying is the use of electronic communication to bully a person, typically by sending messages of an intimidating or threatening nature.

The Commission has identified the 10 types of cyberbullying, saying, “in today’s cyber world, we need to stand up against cyberbullying and educate our children about this menace.”

The various types of cyberbullying are as follows:

Exclusion: This is the act of leaving someone out deliberately, and it is also used online to target and bully a victim.

An example is when your child might be excluded/uninvited to groups or parties while they see other friends being included.

Harassment: Harassment is a broad category under which many types of cyberbullying fall into, but it generally refers to a sustained and constant pattern of hurtful or threatening online messages sent with the intention of doing harm to someone.

Outing/Doxing: Outing, also known as doxing, refers to the act of openly revealing sensitive or personal information about someone without their consent for purposes of embarrassing or humiliating them in a public space.

The spreading of personal photos or documents of public figures to sharing an individual’s saved personal messages in an online private group.

Trickery: Trickery is similar to outing, with an added element of deception. In these situations, the bully will befriend their target and lull them into a false sense of security. Once the bully has gained their target’s trust, they abuse that trust and share the victim’s secrets and private information to a third party or multiple third parties.

Cyberstalking: Cyberstalking is a particularly serious form of cyberbullying that can extend to threats of physical harm to the child being targeted.

It can include monitoring, false accusations, threats, and is often accompanied by offline stalking.

It is a criminal offense and can result in a restraining order, probation, and even jail time for the perpetrator.

Fraping: This is when a bully uses your child’s social networking accounts to post inappropriate content with their name.

It can be harmless when friends write funny posts on each other’s profiles, but this has potential to be incredibly harmful.

For example, a bully posting racial/homophobic slurs through someone else’s profile to ruin their reputation.

Masquerading: Masquerading happens when a bully creates a made up profile or identity online with the sole purpose of cyberbullying someone.

This could involve creating a fake email account, fake social media profile, and selecting a new identity and photos to fool the victim.

In these cases, the bully tends to be someone the victim knows quite well.

Dissing: Dissing refers to the act of a bully spreading cruel information about their target through public posts or private messages to either ruin their reputation or relationships with other people.

Trolling: This is when a bully will seek out to intentionally upset others by posting inflammatory comments online.

Trolling may not always be a form of cyberbullying, but it can be used as a tool to cyberbully when done with malicious and harmful intent.

Flaming: This type of online bullying constitutes of posting about or directly sending insults and profanity to their target. Flaming is similar to trolling, but will usually be a more direct attack on a victim to incite them into online fights. In summary a lot people do this without realising of what they are doing is absolutely wrong.