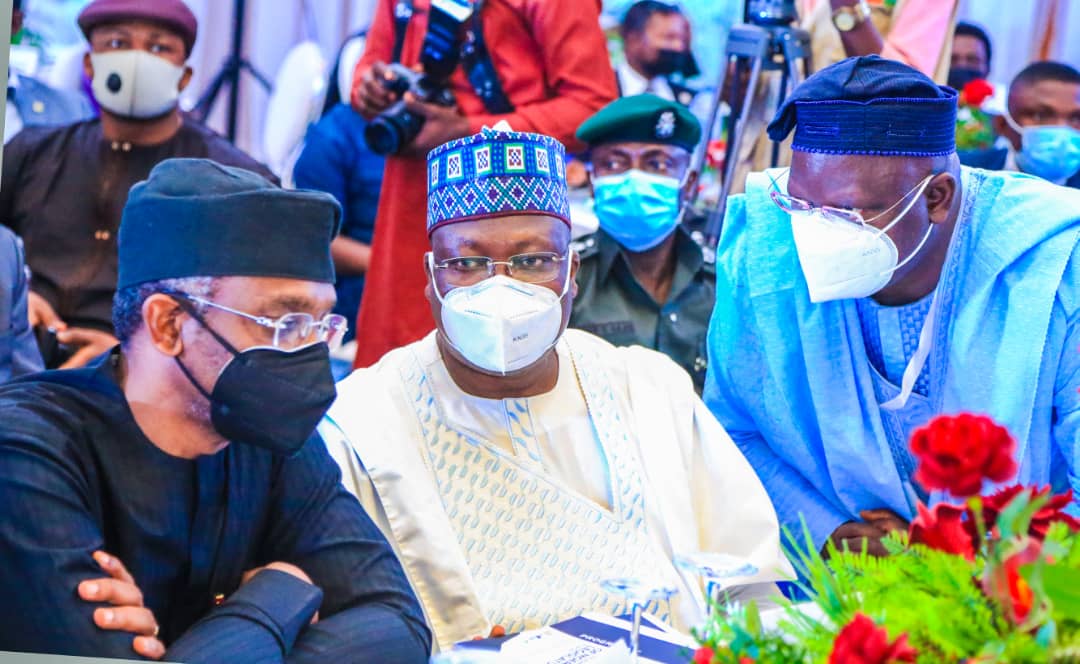 The Speaker of the House of Representatives, Rep. Femi Gbajabiamila, has called for collaboration between the National Assembly and the 36 State Houses of Assembly to make the ongoing review of the 1999 Constitution successful.

Gbajabiamila, who spoke at a meeting of the Conference of Presiding Officers of Nigerian Legislatures (COPON) in Abuja at the weekend, also stated that the Legislature remained the most important arm of government in any democratic setting.

He said the intention of the “wholesale review of our nation’s constitution” was “using the constitutional amendment process to address the foundational deficiencies in our constitution that continue to mitigate against the attainment of an honourable, peace and universal prosperity in our country,” Lanre Lasisi, Special Adviser on Media and Publicity to the Speaker disclosed in a statement.

The Speaker said once the National Assembly was done with its part, it would forward the constitution review document to State Houses of Assembly for their own constitutional inputs. “That process of constitutional review cannot succeed without strategic collaboration between all of us who are here today.

“So, I ask of you that we take the opportunity of this conference to agree on the things we wish to achieve so that we can begin now to devise the strategies through which we can achieve our objectives”, he added.

Gbajabiamila said by virtue of its roles, which included coming together to protect the interests of the diverse people in the country, the legislature had a more direct and immediate connection with the people at the grassroots.

The Speaker urged legislators to remain true to their constitutional roles.
He spoke further, “​I believe that the legislature is the most important arm of the government. Some might say I am biased, having spent most of my political career in the legislature. And they will be right. But the fact remains, that by design, it is only the legislator that has the constitutional obligation to come to work each day and advocate for the interests of the people on whose behalf we serve.

“This is both a high honour and a heavy responsibility. And I am pleased that at this time in our nation’s history, we have as presiding officers of parliament across the country, capable people who recognise the importance of this moment and are equal to the task of nation-building at this critical time.”

Gbajabiamila noted that though there are three arms of government with the Judiciary and the Executive having their roles clearly understood by all, there is usually a misconception about the role of the Legislature.

“We have to play all these roles as legislators. What I find solace in is the fact that this misconception and misunderstanding of the role of the Legislature is a worldwide phenomenon. It is universal, and it is not peculiar to Nigeria alone”, he said.

On the conference, Gbajabiamila said since the last meeting of COPON 12 years ago, “…our democracy has changed. We have matured and improved, yet in many important ways, and on many important issues, there is still a lot of work left to do.

“​As legislators, our ability to do what is required of us in this joint task of nation-building depends, in some measure, on how well we can work together within the federal legislature, and across the legislatures of the thirty-six states.”