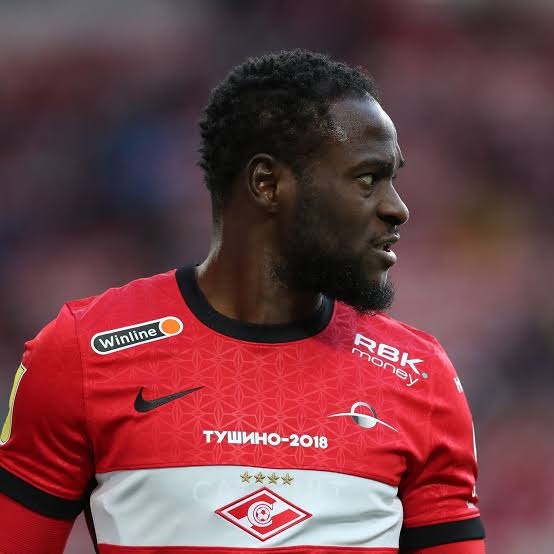 Chelsea have announced Victor Moses has made a permanent move to Spartak Moscow.

The 30-year-old wide man was on loan at the Russian club last season, making 20 appearances.

The Nigerian joined the Russian outfit last summer on loan after failing to win over former Blues boss Frank Lampard, with the deal turning permanent if Spartak finished in the top three of the Russian Premier League.

And his temporary stay in the Russian capital proved to be a success, as he scored four goals and laid on as many assists in 19 appearances as Spartak finished runners-up to champions Zenit St Petersburg.

One of his strikes came in Spartak’s final game of the season, with his 82nd-minute strike earning them a 2-2 draw at Akhmat Grozny and ensuring they finished a point above city rivals Lokomotiv, securing a place in the third round of Champions League qualification ties in the process.

The Russian side used Moses in the right wing-back role that made him so crucial to Antonio Conte in Chelsea’s last Premier League title-winning season in 2016-17.

After joining Chelsea in 2012 from Wigan, Moses went on to play 128 times for the Blues, scoring 18 goals, and win the Premier League, FA Cup and Europa League.

As well as Spartak, he also had stints on loan at Liverpool, Stoke, West Ham, Fenerbahce and Inter Milan during his time with Chelsea.

Moses, scorer of 12 goals in 37 appearances for Nigeria, played at the 2014 and 2018 World Cups and helped the Super Eagles win the African Nations Cup in 2013.

Breaking: We were not involved in Nnamdi Kanu’s extradition – Kenya