Picture of the day Sports

Immigration to tighten security around borders

Zulum in the Villa

News Picture of the day 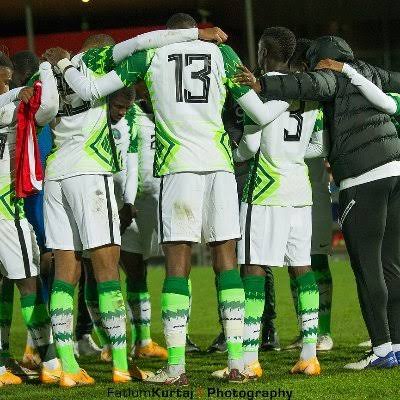 Goalkeeper Ikechukwu Ezenwa has been ruled out of a friendly against Mexico due to an ankle injury he suffered in training.

NFF technical director, Austin Eguavoen, who will lead out a squad of NPFL stars for the friendly on July 3 in Los Angeles, USA, announced the withdrawal of the Heartland goalkeeper.

“A scan showed he tore a ligament in his ankle, so he’s out,”Eguavoen said.

“Two goalkeepers, Nwabili and John Noble, will be the ones for the trip,” Eguavoen said.

Twenty two players on Wednesday night left the shore of Nigeria for the trip to the USA.

It was gathered that Super Eagles gaffer Gernot Rohr was also on the flight though it will be Austin Eguavoen assisted by Paul Aigbogun that will be in charge when the two sides confront each others on Saturday in Los Angeles.