Waiting for Godot, by Dan Agbese 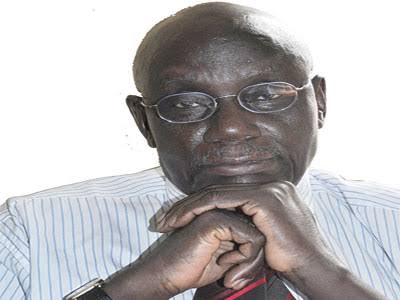 We are familiar with abandoned projects. They range from economic to political and social projects, each conceived, poorly or not, with the best intentions to make some difference in how we live and how we progress as a nation. You do not need to look for these abandoned projects, some of which date back to the General Yakubu Gowon military administration. They litter and stick out of the nation’s landscape in various stages of uncompletion. You see them and you have a fair idea of a nation given to waste and catching at the straw of development.

Ugly sights, yes. Poster child proof of our capacity to raise the people’s hopes in a better tomorrow but dash them and squander our riches and opportunities, yes. Perhaps, this blight does not worry us anymore. We are inured to it. At least, while the people lost, some other fellow citizens became minted millionaires as contractors complicit in the abandoned projects.

Reckless abandonment and the squandering of hopes and riches more or less define our spirited motion but arrested movement. Perhaps, what should worry us, and worry us stiff, are the abandoned administrative decisions and half implementations that force our country to hobble from one administration to another. The accumulation of these abandoned administrative economic, political and social decisions and half implementations must be part of the reason we are given to swinging  – toeing and froing. We swing forward and we swing back and like children, we seem to enjoy it.

Let us take one contemporary instance of an important decision held hostage by half implementation or outright abandonment. State police, as you know, has been a hot topic widely debated for many years in the country. The single federal policing system has proved inadequate for our national security needs. Even those who deny it know the truth. The report of the Jonathan national conference of 2014 recommended a second tier of policing by which it meant state police. A single policing system is strange in a unitary system and stranger still in a federation.

The agitation is more or less holding fire but it faces the clear and obvious danger of becoming an abandoned administrative project passed on to the next federal administration by the Buhari administration. It is no way to resolve issues or solve problems. Buck passing has the tendency of achievement deficit.

President Muhammadu Buhari has shown a disinclination to do anything about the second tier of policing. Actually, he is opposed to it. He is not likely to be persuaded to dismantle the single policing system imposed by the military when the federal military government scrapped the NA police and NA prisons and brought them under one roof in a military command system. He was part of this system that now cries for dismantling.

APC, the party on whose platform Buhari became and is the president, promised  in its  manifesto to examine the need for state police. It set up the Nasir Ahmad El-Rufai committee to advise it on what should be done. The committee gave the thumbs up to state police. But the president gave the recommendation the thumbs down. His one thumb is bigger, in a manner of speaking, of course, than all the thumbs in the executive committee of the party.

In a VOA Hausa Service interview sometime in May 2018, he said the first step was for the national assembly was to look into the constitution and see “if it says they (state police) should be allowed..” If the constitution did, it would have been a settled matter under President Obasanjo, long before Buhari became president in 2015. He made the point that the state governments could not fund their police. He also cited the fear that an unpaid policeman with the gun could deploy it to uses not envisaged by the law setting up the state police. But that objection alone does not wash because some personnel in the Nigeria Police known as bad eggs, have proved time and again that regular payment of their salaries is not an antidote against their misuse of the uniform and the gun.

Buhari’s option is community policing. For this, the federal government would create a special constabulary. Sometime in January 2020, the order went out to the then inspector-general of police, Mohammed Abubakar Adamu, to begin the recruitment of 50 volunteers in each of the 774 local government areas. He, in turn, directed state “commissioners of police, traditional rulers and others to form screening committees” to recruit the volunteers.

So far, there is no evidence that there has been a consistent movement on this front. It appears to have stagnated. I find no special constables in my local government area. Part of the explanation is the argument between the federal and the state governments as to which of them would fund the special constabulary. The state wisely rejected the attempt by the centre to pass the financial burden to them. It is heading down the path as an abandoned decision that leaves our national security in the lurch with the implication that Buhari will let his successor inherit this lingering problem of a second tier of policing system. We shall remain on the swing and suffer the consequences of failing to find the will to do right by the needs of the country and the exigencies of these parlour times that tax our will to survive from day to day.

The special constabulary is not itself such a brilliant idea but since that is what Buhari wanted, it is what we would have because, to borrow an over-used expression, half bread in the hand trumps no bread at all. While we dilly and dally in indecision, our security situation gets worse, much worse, straining both the police and the military. To be sure, the state police would not solve all our security problems. No police system anywhere does. To be sure, the fear persists, even if it is unreasonable, that the state police would be misused by the state governors to oppress and suppress political opponents and their real and imagined enemies but the history of mankind shows no instance of the human tendency not to bend the law in the direction of personal interests. If that fear should stop us from having a state police then we should also dissolve the Nigeria Police because it is the least trusted of all our public institutions.

We should encourage the president not to abandon his proposed community policing, even if he chose to do it in a way rather strange to the concept of community policing. Abandoning his option to beef up and tackle our national security would be a negative tribute to him and his administration. He needs to burnish his scrappy record in our security architecture that meets our security needs.

Buhari has two years to the end of his two-term tenure in office. It is not such a long time but time enough for him to ensure that he too is not a victim of project abandonment and half decision implementation and contribute to our woes. This is the time he should engage himself in mopping up operations to ensure that he finishes whatever he started six years ago. If he does not, he would leave a ragged record and deepen our collective frustrations in a nation with a tall ambition to move forward but is cursed with short legs that impose on it King Pago strides.

The current uncoordinated approach to security in which state governments feel compelled to set up their ineffective security outfits is evidence of our nation being at a loss as to how to police and protect itself and its citizens – under Buhari’s watch. When the constitution-makers imposed on the federal government the security of lives and property as its first duty, they did not envisage this current ragged situation in which the centre and the constituent units of the federation respond to our security challenges in different and cosmetic ways. That creates more problems than it helps to solve.

I think Buhari should begin to worry now about the country he would leave behind at the end of his tenure. A country at peace or a country in perpetual conflict? A secure country or one torn into enclaves of criminal warlords a la Somalia?             Whatever he chooses to make of his remaining years in power; whatever he intends as his legacy and whatever he chooses to do to or for the country, he must not forget his promise for a positive change in a country that cries loudly for such a change.  Let it be said here and now that we have had enough of abandoned physical projects as well as half implemented administrative decisions. We have had enough of hopes raised and hopes dashed. We have had enough of the squandering of opportunities to make this potentially great nation as a truly great nation. We must draw the line. It would be nice, very nice, if the Buhari administration would become the dividing line between what was, what is and what is to come.