Agriculture: Osun to begin allocation of land to farmers 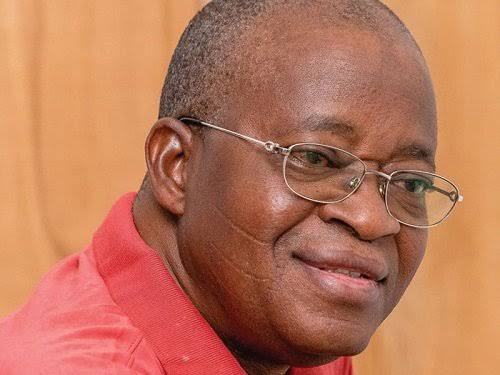 …over 200 farmers to get land in first phase

As part of efforts to revamp the agriculture sector, guarantee food sufficiency and make the State the food basket of the Southwest region, Government of the State of Osun is set begin allocation of land to farmers in the State for massive agricultural production.
The government disclosed that out of the 1000 hectares of land set aside for the initiative, 400 hectares had been ploughed for the plantation of cocoa, cassava and other agriculture produce.
It further revealed that the ploughed lands which are located in Ife South Local Government Area and Ifon-Osun, in Orolu Local Government Area of the State would be allocated to over 200 ready farmers in the State.
The State Commissioner for Agriculture and Food Security, Mr. Adedayo Adewole, made these disclosures during the inspection tour to some of the ploughed lands located along Araromi/Orile-Owu road, Araromi-Oke-Odo in Ife South Local Government Area of the State.
Adewole said the State had cleared over 23 hectares of land in Ifon-Osun for tomatoes plantation, and stated that the ploughed lands would be allocated appropriately to interested farmers within the axis.
The initiative, according to him, was to rejuvenate the agricultural sector by making it more attractive and productive to farmers, particularly the young ones who were hitherto being hindered by avoidable circumstances.
The Commissioner who described the initiative as a noble intent to reawaken the farmers’ consciousness and increase productivity, said “with this, a lot of farmers will be empowered vis-a-vis the youth who have shown interest in farming.
“We are here to supervise the new farm settlement that is being cleared and  provided by the State Government in collaboration with the Federal Government.
“This is a continuous exercise. As you can see, the team of Surveyor General has been working on this to ensure proper management of the lands and we are hoping to commence the allocation soon.
“On this first phase, we are looking mainly for cocoa and cassava farmers to populate the entire 1000 hectares and the priority will be given to people from Ife.
“We have been carrying the traditional rulers and other community stakeholders along as part efforts to ensure full participation in the allocation process as this would help in identifying the real farmers.
“The objective is to serve as a catalyst to diversification process of the government in line with our clear vision to turn our state to food basket of the region.
“As we all know, the country has always relied on crude oil but with this intervention in the agriculture sector, it is our hope that the initiative will go a long way to further motivate our farmers particularly the youth to engage in large scale and commercial farming.
“We are also doing this to reawaken the productivity in agriculture as part of efforts to empower our youths and create more employment opportunities for them in the agricultural sector.
“Aside 1000 hectares of land that we are working on in Ife, we have equally cleared 23 hectares in Ifon Orolu for tomatoes production,” he added.
Welcoming the delegation to his domain, the Gbadewolu of Oranmiyan Lagada, Ife South Local Government Area, Oba Folorunso Akanji Omidiora, lauded government’s initiative to providing lands for farmers.
Oba Omidiora who described the initiative as a round peg in the round hole, said the decision would serve as a motivating factor to farmers who have been looking for lands to farm.
The traditional ruler urged the supposed beneficiaries of the initiative to maximise the opportunity extended to them to increase on their production.
In his remarks, one of the cocoa farmers in the area, Mr. Odulana Tajudeen, assured government of their readiness to put the lands to good use.
Tajudeen who commended the initiative, said, “it is fortunate for us that the support is coming at the right time.”
Some of the government officials on the tour were; Survey General, Abiola Rasheed Adejumobi; Director of Survey Land Use, Soladoye Ayodele Abioye;  Director of Lives Stock and Veterinary Service, Dr. Abosede Olatokun; Director of Produce Service, Mr. Gboyega Olowoporoku; Director of Agriculture Service, Mr. Gbadebo Eleyele, Principal Lives Stock Officer, Mr. Adedayo Adefioye among others.

Related Topics:AgricultureAllocationFarmersLandOsun state govt
Up Next