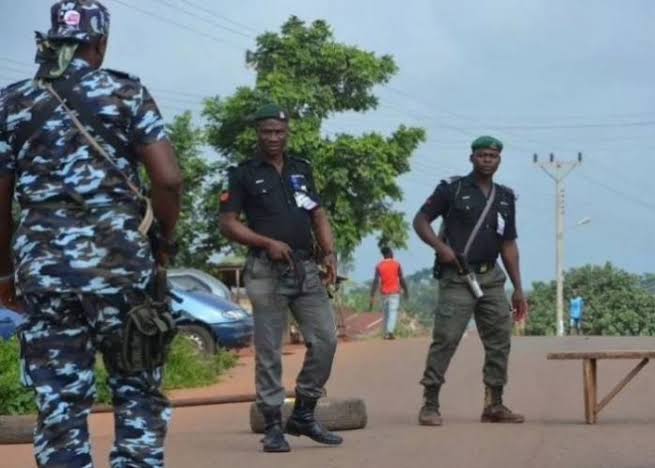 Governor Atiku Bagudu of Kebbi State on Saturday vowed to lead the rescue operation of teachers and students abducted from the Federal Government College (FGC), Birnin Yauri, in Ngaski Local Government Area of the State.

Bagudu assured that some other governors and  stakeholders will join him in the ongoing search operations for the abducted students and staff of the school.

According to him, he will discuss with his colleagues and security agencies in this direction, so as not to jeorpardise the ongoing commendable operations to rescue the abducted students and staff.

He said: “But, we will go out there and like I promised, the day we will move out, I will not be in the office because we will join you in the field.”

The Kebbi state governor said this would be done barring all consequences in a bid to rescue the abductees.

Bagudu argued that: “It is not weapons that win wars, but it is the will that bad people cannot triumph and we will show that, we have enough will power.

“President Muhammadu Buhari and the security agencies have been doing the best they could with limited resources.

“But, we also need to mobilize, kit ourselves and take on these bandits. Our various scriptures as Muslims and Christians allow us to put our lives at risk in defence of our honour, property and our faiths.

“In what the bandits are doing, they have challenged all of us, so, we can’t let them.”

Bagudu asked the hunters to go back and fully mobilise, pending when he gets the necessary clearance from the security agencies, adding, “we will meet in the field.”

The governor maintained that governors were not sworn in only to sit down in the office and work.

He stated that they are aware that one day they would be required to lead in the field, even though they are not military or police personnel.He said that if hundreds of thousands of people can be mobilised during campaigns, same should be done now to join the search party.

He said: “What happened in Birnin Yauri should be the last straw. We should follow these bandits wherever they are and take them on.”

Bagudu also described the abduction as very callous, even as he lauded the security agencies, management of the school, ‘Yan Sakai and vigilantes for their heroic efforts since the bandits struck at the college.

Commiserating with Bagudu, the Ekiti State Governor, Dr. Feyemi said he was in the state as representative of Nigerian governors in solidarity with the Government and people of the Kebbi State to also commiserate over the unfortunate incident of banditry attack at FGC Birnin Yauri.

“We are here in solidarity with our brother, the governor of Kebbi State, and all the good people of Kebbi State on the unfortunate incident in Yauri,” he said.

The governor also charged the local hunters and the vigilantes to go after the bandits, annihilate them and bring back the school children.

“We know as leaders of local hunters you will fight them in the bush and defeat them.

“Whatever you can do to make it the last one in Kebbi, please put up the effort,” he charged the hunters.

The NGF Chairman also conveyed the sympathy message of President Muhammad Buhari to the people of Kebbi State, expressing how deeply concerned the president is over the Birnin Yauri incident.

In the same vein, the Jigawa State Governor, Badaru Abubakar, expressed delight with the zeal and eagerness demonstrated by the local hunters and the vigilantes to partake in the rescue operation.

He charged them to confront the abductors with all their arsenal until they are no more.

Earlier, leaders of the local hunters told the governor of their readiness to join the fight against the bandits until the school children are all rescued.

The leader of the hunters in Gwandu emirate, Hassan Muhammad, Sarkin Dajin Sarkin Gwandu, told governor Bagudu that they were in Government House to show their solidarity with the rescue effort as well as join the security agents in fighting the bandits.

According to him, they have no fear whatsoever in facing the bandits to save the school children but said they require support from the government.

He said: “We have no fear to go to any bush, we have our magical skills but will not disclose them here until we are in the bush.

”Similarly, other leaders of the Local hunters from Argungu and Augie local governments reaffirmed their resolve to lend a helping hand in the rescue operation.‘Our local hunters would join the operation as they are also ready to sacrifice their lives for the mission to succeed.”

They requested for logistics assistance from the government for their members and the vigilantes.Alhaji Sani Hukuma Zauro, one of the elders of the hunters, was full of praises for governor Bagudu.

‘We are in solidarity with governor Bagudu, we are aware of his prompt intervention and the positive results so far recorded in the rescue operation,” he said.

He described the quick response of the governor on the rescue effort as highly commendable, pointing out that no governor has achieved such a feat in Nigeria in similar situation of abduction.Zauro warned criminals to stay away from Kebbi State as they have no hiding place. (NAN)