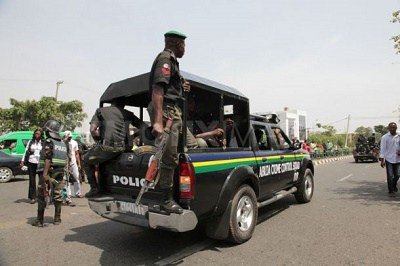 A statement signed by the Police Public Relation Officer (PPRO), SP Odiko MacDon, and made available to veritynewsonline.com said two stolen vehicles were recovered in the process.

The statement explained that based on a distress call the command quickly mobilised Quick Intervention Unit (QIU) and anti-kidnapping squad alongside operatives of Asutan Division to the robbery scene, adding that on sighting the police, they started firing bullets but later ran way.

The statement reads, “On 1st June, 2021 at about 12:00am, based on a distress call received from Command Control Room of an ongoing armed robbery attack at Drainage View Hotel, Nung Oku in Ibesikpo Asutan Local Government Area, Operatives of Ibesikpo Asutan Division, Quick Intervention Unit (Q.I.U) and Anti-Kidnapping Squad were swiftly mobilised to the scene which was invaded by unidentified hoodlums.

“On sighting the Police Operatives, hoodlums starting shooting and escaped through the back fence and abandoned a black Toyota 4Runner Hilux with Reg. No. BWR 561 HK which was reported to have been stolen on gunpoint at Ultimate Filling Station, Ibesikpo Asutan Local Government Area, on 29th May, 2021 at about 11.45am.

“Relatively, the Operatives also recovered one OPEL car with Reg. No. KEF 306 AA belonging to one Ekemini Offiong Akpan ‘m’ of Ikot Akpan Abia village in Ibesikpo Asutan Local Government Area who was shot on his left hand in an attempt to snatch the said vehicle from him. The victim was rescued by the Operatives and taken to the Hospital for treatment.

“The Command wishes to assure members of the public that it will spare no resources in ensuring that there is continued peace and tranquility in the State and will make the State too hot for criminals to hibernate and perpetuate  their nefarious activities. Owners of the said recovered vehicles should visit Ibesikpo Asutan Divisional Police Headquarters with proof of ownership for identification and collection or contact the State Police Headquarters, Uyo.”