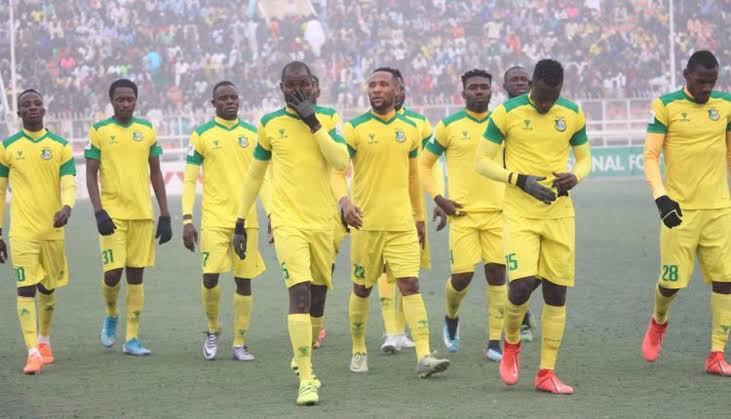 The clash between Kano Pillars FC and Akwa United FC of Uyo at the Ahmadu Bello Stadium, Kaduna on Sunday was called off in the 87th minute by the referee after fans encroached the pitch when a Pillars’ goal was cancelled for offside.

The NPFL matchday 27 top table clash saw both sides put up superb performance but neither of them could put the ball in the net until the 88th minute when Super Eagles and Pillars captain, Ahmed Musa sent a pass to Nwagua Nyima who nodded the ball into the net. However, the assistant referee raised his flag for offside and the referee cancelled the goal, following which fans ran onto the pitch.

Though the fans were later sent out of the pitch by security agents but the referee after consultations with match commissioner, other match officials and stakeholders called off the match after 30 minutes.

The NFF had earlier issued a circular that all the NPFL clubs must enforced Covid-19 regulations with no fans in attendance but unfortunately homers Pillars were unable to keep to the NFF instructions as more than 5,000 fans forced their way into the ABS Stadium.

Meanwhile, the LMC had ordered that the remaining three matches should be play on Monday morning.

In other matches, Katsina United defeated Enyimba 3-2 in their Nigeria Professional Football League matchday 27 encounter at the Muhammadu Dikko Stadium on Sunday.

The hosts scored three goals in the first half before Enyimba rallied back to reduce the deficit twice after the break.