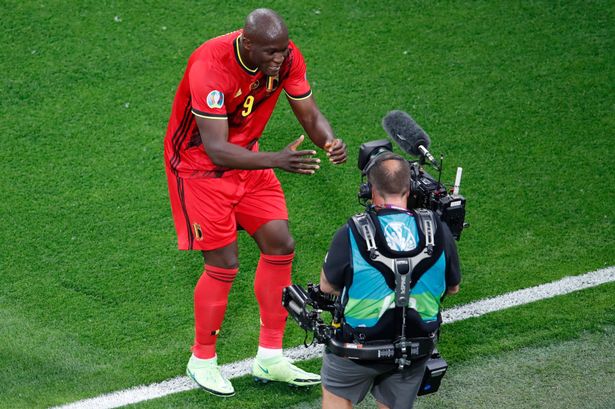 Romelu Lukaku has sent a message to Christian Eriksen after he was taken to hospital, having collapsed on the pitch during Denmark’s draw with Finland at Euro 2020.

The former Tottenham Hotspur midfielder fell to the ground late in the first half of the Group B opener between Denmark and Finland in Copenhagen, and appeared to receive CPR before being transported to a nearby hospital, where UEFA have said he is conscious and stable.about:blank

A Danish FA spokesman said that the 29-year-old has spoken to his team-mates from the hospital and, following a meeting between both teams and the match officials, a decision was taken to restart the game this evening, with Finland winning 1-0.

The evening game between Belgium and Russia has also gone ahead, with Eriksen’s Inter Milan team-mate Lukaku in action for the Red Devils.

He was on target too early on, scoring the opening goal as Belgium opened up a 2-0 lead in the first half in St Petersburg.

And Lukaku sent a message to his Inter Milan team-mate as he celebrated his goal.

He wheeled away to celebrate and went straight to a camera to send a message to Eriksen.