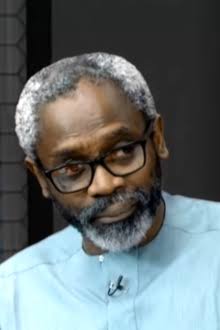 The House of Representatives has mandated a joint Committee on Communication, Justice, Information and Culture, and National Security and Intelligence to investigate the recent decision of the Federal Government to suspend the operations of microblogging and social networking site, Twitter, in Nigeria.
The Speaker of the House, Rep. Femi Gbajabiamila, who announced the legislative intervention in plenary on Tuesday, gave the joint committee 10 days to execute the assignment speedily.

In a statement signed by Lanre Lasisi, Special Adviser on Media and Publicity to the Speaker, House of Representatives, the House specifically directed the joint committee to invite the Minister of Information and Culture, Alhaji Lai Mohammed, to “brief the House on the objectives, intent, and duration of the suspension on the operations of Twitter in Nigeria.”

The investigation is also to find out the “legal authority” for the suspension of the operations of the microblogging site.
The Speaker said the outcome of the investigation would determine further actions the House would take on the suspension of Twitter’s operations in Nigeria.
Gbajabiamila, who acknowledged the role of Twitter as an important communication platform for “communication and commerce in Nigeria, particularly amongst the younger generation”, noted that it was understandable that the suspension generated fierce debate lately.

However, the Speaker explained that the House must react to the development with caution, first by bringing the government’s decision under scrutiny through the investigation it had ordered.
He added that as “good” a tool as Twitter is, it can also be used as “a tool for bad actors”, while at the same time asking all regulatory agencies to ensure that their actions are in line with existing laws of the land.

“The proper role of the legislature in circumstances like this is first to peel back the layers of the decision-making process to unravel the issues until we develop an understanding of the why and the how of executive decisions. Following that, the legislature must make sure that regulatory and enforcement actions by the government are in accordance with the laws of the land, that due process of law has been followed to the latter and that the outcomes of regulatory decisions do not result in adverse consequences for the country and all our people.

“Fidelity to our responsibilities in situations like this requires the legislature and legislators to as in the words of Rudyard Kipling, ‘keep your head when all about you are losing theirs’.
“We listen to the agitation of the people, but we also hear from the government so that from the abundance of information, we reach the level of awareness that allows us to discharge our role dispassionately.”

Recall that the Minister, while defending the government’s decision, cited “the persistent use of the platform for activities that are capable of undermining Nigeria’s corporate existence.”
Speaker Gbajabiamila also expressed concern over the different dimensions of the security challenges in the country, adding that as a responsive parliament, the House had taken some steps, including holding a Special Summit on National Security, to find urgent measures.
“From Owerri in Imo State to Igangan in Oyo State. From Niger to Kaduna, and across the states of the Northeast, we are witnessing bloodshed and violence of the sort usually associated with war. These are trying times for all our nation’s people.

“Families are in mourning; communities are under siege and even those who have thus far escaped the direct impact of the escalating violence cannot help but feel as if they are living on borrowed time.
“We are reminded of the urgent need for coordinated and targeted action by government at all levels to address this menace and save our nation”, he stated.