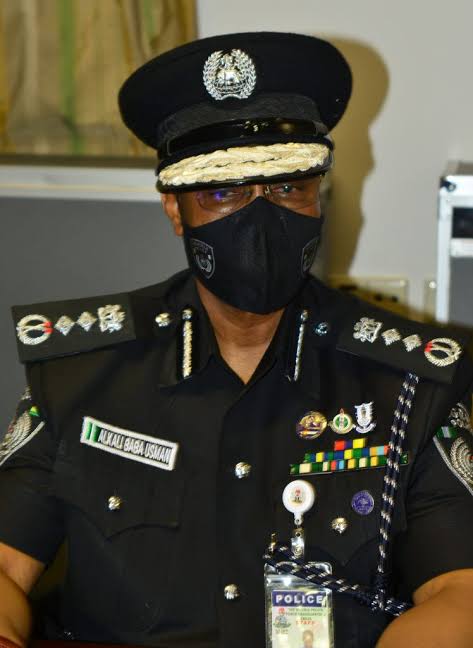 In what is fast becoming a pattern for Police bosses, the Inspector General of Police, IGP Usman Baba, Monday, announced the suspension of the issuance of SPY number plates and tainted glass permits as part of efforts to checkmate activities of criminal elements in the country.

Speaking at monthly conference with strategic commanders of the Nigerian Police Force, Commissioners of Police and above, at the Force Headquarters, Abuja, the Police boss said some individuals have turned the use of SPY Number plates and tainted glasses into a status symbol and have fraudulently obtained such.

He disclosed that there have also been reports that some criminal elements were utilising them as cover for their nefarious activities.

“For the avoidance of doubts, SPY number plates are for official use of some categories of corporate bodies, while tainted glasses permits are issued under some statutory regulations,” IGP Baba noted.

According to the Police boss, the existing authorisations were being reviewed with a view to evolve a Protocol to regulate the issuance of such permits.

“In due course an enforcement mechanism that will enforce the standardised process of issuance of SPY plate numbers and tainted glasses will be implemented across the country.

“The Nigeria Police will work closely with the leadership of the Federal Road Safety Commission in this regard,” he stated.

Baba also frowned at an emerging trend where some motorists cover their plate numbers across the country, noting that the practice inhibits law enforcement operations and would not be tolerated.

He charged the Commissioners of Police (CPs) as part of their operations, to arrest any motorist involved in the act.

“In line with my speech during the launch of ‘Operation Restore Peace’, all Commissioners of Police across the country are to review and strengthen Security around all Command Headquarters and other Police Stations in their jurisdictions with a view to deterring or repelling any attempt to attack such facilities.

“Nigeria Police assets are critical national security assets which must be defended against insurrectionists and arsonists as provided for in Section 33, sub section 2 (a-c) of the Nigerian Constitution.”

Baba also reprimanded CPs who were still allowing the mounting of road blocks in their jurisdictions, stating: “For the avoidance of doubts, road blocks under any description or guise remain banned across the country and any officer found to be contravening this order will be held liable and dealt with firmly.

“The society has evolved. As law enforcement operatives, we must align our policing strategies to this societal dynamics, particularly, at this time that our policing functions are being built in the community policing model in which the citizens’ interests are prioritised.

“Road blocks as a policing model is becoming obsolete and unacceptable. Hence, we are working towards enhancing our intelligence-led and technology-driven policing capability as well as strengthening the Safer Highway Motorised Patrol Scheme as an alternative to road blocks.

“Therefore, you are tasked to ensure that deployments within your commands are reviewed and your operations aligned to this new policing approach which discourages the disposition to limiting the liberty of citizens through road blocks which are known to be avenues for corrupt tendencies and other vices that widen the trust gap between the citizens and the Police.

“The X-Squad and Monitoring Unit have been mandated to commence a special operation across the country to enforce this directive.

“The IGP also berated the Commissioners for still allowing their officers to unnecessarily and indiscriminately impound vehicles at Police Stations.

“Police facilities are not junk yards and must not be turned to one. Indeed, such acts create vulnerabilities which often engender attacks on our facilities.

“Accordingly, I task you to return to your commands and undertake a major operation to clear all such indiscriminately impounded vehicles off your stations.

“The compliance to this directive shall be confirmed in the course of my on-going tours to your commands and any Departmental Head, Zonal Commander, Commissioner of Police or Unit Head that is found wanting will be dealt with.”

On the Democracy Day celebration on June 12, he said they were currently reviewing the security situation with a view to ensuring a hitch-free exercise.

“I must, however, remind you all of the need to remain civil with law abiding citizen, but firm with any person or group that may wish to take advantage of the event to threaten our internal security order,” he stated.